TGI Fridays every day of the week deals started with Big Ribs on Thursdays.

TGI Fridays is Changing Up the Value Game

The casual chain is banking on "Day of Week" deals to drive everyday traffic.

TGI Fridays had a challenge fitting of its name. Customers traditionally flocked to the brand for indulgent experiences. End-of-week happy hours. A Saturday spot to congregate. But the early part of the week wasn’t so defined.

That “Thank God it’s Friday,” sigh and relax, order a few drinks and treat yourself feeling? Not so easy on a Monday afternoon.

“So, we thought what if we flip it and create a TGIF experience for every day of the week?” says Cindy Syracuse, TGI Fridays vice president of marketing.

In spring, TGI Fridays began testing a Big Ribs Thursdays deal (the brand refers to the day internally as Friday’s eve). Guests could order a half-rack of the signature item for $7.99 or a full-rack for $12.99. Both with coleslaw and seasoned fries, covered in either TGI Fridays’ Whiskey Glaze or Apple Butter Barbeque sauce.

The chain inspired trial through the deal, Syracuse says. And it also brought in repeat customers among ribs fans who knew they could count on it. The main difference, though: They probably weren’t showing up on Thursday before.

The success, along with months of other tests, led TGI Fridays to expand the concept in early September. From rewards screenings and guest learnings, the chain identified “fan favorites” and set them up throughout the week in a series of "Day of Week" deals that embed value into the menu in a way it wasn’t before. And something few competitors at this scale are attempting.

Tuesday is $5 Cheeseburgers, which come with a side of fries.

Next up: $5 Chicken Sandwich Wednesday. Diners choose between the Bacon Ranch Chicken Sandwich with fries or the Southern Fried Chicken Sandwich. “You don’t have to go and try to find a Popeyes chicken sandwich,” Syracuse quips, referencing the fast-food chain’s recent shortage, “because we have one that will always be there.”

The deal is also joined by $5 everyday cocktails, from the brand’s margarita to Long Island Iced Tea and seasonal offerings such as Mixed Berry Truly hard seltzer and Sam Adams Octoberfest.

In fact, the cheeseburger option in particular was so popular the brand extended it to every day, all day, throughout the Halloween season (from October 14—November 3), it recently announced. 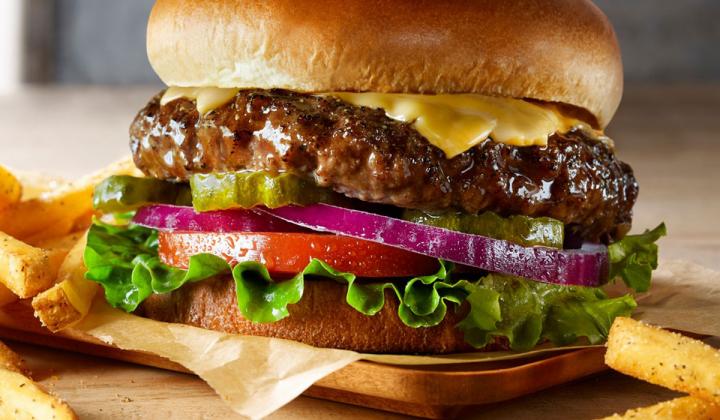 Can $5 cheeseburgers get guests through the doors earlier in the week?

How TGI Fridays landed on these items isn’t complex. It sent emails to rewards members and let them decide. Research showed what the chain could offer that would bring guests in and drive traffic, Syracuse says. It’s simply a lineup of best-sellers.

“We felt there was nothing being offered under the filter of uniting people of all stripes,” she says. “In a time and era where there is strife in our country, around the world, everybody can agree on a $5 cheeseburger and fries.”

Putting classics into the value pool was important for other reasons, too. Firstly, customers didn’t need an education about why they should drop by. “When you have an every day of the week offer it has to be simple,” Syracuse says. “Or has to be items people like, understand, and want to come back for.”

In other terms, a signature product they recognize, love, and look forward to. Just now with a price point that gets them through the door ahead of schedule.

“In order to keep it simple, your menu, you can’t proliferate it with too many options,” she adds. “So, taking items that people like and making them accessible is another strategy rather than just to LTO it.”

It was also critical from an operations perspective. The rollout didn’t require any significant added training. There were some supply considerations. But, mostly, servers and employees just need to know which days present which deals, and how to speak to that differentiation. Doing so wasn’t difficult or a leap in a bold, new direction, Syracuse says, because employees were as familiar and fond of these choices as customers were. And that sentiment shines through during the ordering process.

“We feel very strongly with our team members, our restaurant teams, our bartenders, our hosts, hostesses, your experience is only great if the people delivering it believe in it and are happy and feel proud about it,” she says.

“We think the team member’s expectations should exceed that of the guest’s.”

The everyday deals are part of an overarching concept for TGI Fridays that’s driving its innovation: Unite people through accessible experiences that stretch from food to atmosphere to digital pathways. And value is now a big part of that. It leaves no end open, Syracuse says. “We talk about accessible value, and we have a really strong focus now on making sure there’s something for everyone,” she says. “You need a value option? Great, here’s a $3 draft or $5 signature margarita. You come in for dinner, with a date before the movies? We’ve got great-priced feast items. You really crave a steak and a family meal? We have that, too.”

TGI Fridays, which has 800 units globally, has had much of that covered since its outset in 1965, Syracuse says. But in today’s crowded market, getting customers to visit and then trade up, grow their check through add-ons, like drinks or apps, and return for the same experience, is a lot more difficult than just opening as many stores as possible, as quick as possible—an approach many casual brands took only a couple of decades ago. 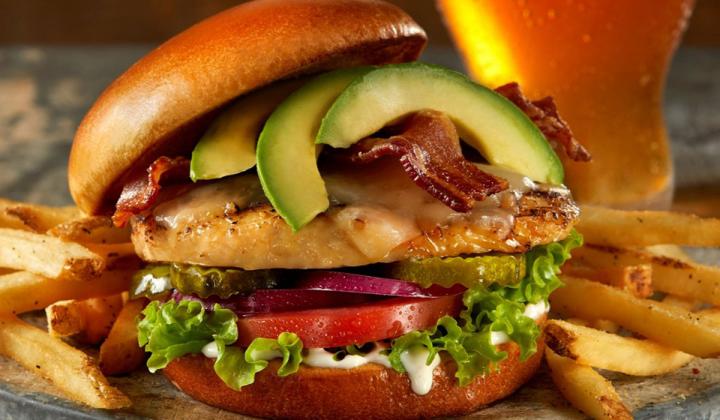 On Wednesdays, customers can pick between TGI Fridays' Bacon Ranch or Southern Fried Chicken sandwich, for $5.

That’s why Syracuse believes TGI Fridays’ everyday value will resonate. They provide reliable deals that cross-pollinate each other. For instance, a customer might see a $5 cheeseburger Monday ad and come try it out. Then, they’ll notice the table tents and menu inserts, which come as handouts and are clipped inside, explaining the rest of the weekday deals.

Show up Monday for a burger. Pencil in Friday for endless apps.

“It’s all based on that experience, right? Syracuse says. “If you have a great experience once you come in, then we like to show you why you should come back and you see the other deals, the drink specials, and everything else.”

What it also does is gently nudge customers to TGI Fridays’ premium products. When the systemwide launch arrived in September, the brand was well equipped to execute on the back end since the items were already top hitters. So, unlike some multi-unit LTO launches, where execution gets muddied from the boardroom to the plate, these options showcase the kind of experience TGI Fridays wants first-time guests to see. If the everyday value deals greet a fresh generation of customers, it makes sense to roll out the all-stars.

TGI Fridays is using TV to drum up awareness for the offers, while supporting the message with social and digital that targets users of the category, Syracuse says. “People we know that are open and want to hear about Fridays,” she says.

It’s important to note, too, how these everyday deals differ from a marketing spend perspective. In this case, TGI Fridays doesn’t have to constantly develop traffic-driving creative, like it does with a fleeting product. The weekly setup is also branding TGI Fridays can build on and innovate from as a platform.

It’s a more ROI-friendly approach and one that enables marketing to focus more on the parallel qualities, like ambiance, drinks, and social gathering. They are the backbone to TGI Fridays’ everyday deals and overall missions statement. It’s not so much about a certain flavor or trend or seasonal concept that pulses and burns out.

It’s been a powerful communicative tool as well.

“We have a very robust rewards database,” Syracuse adds. “They get the first notice of what’s going out for day of the week and then digital and socially we are intersecting guests at those times when they want to make those decisions on where they should be.”

The rewards members receive first access, with TGI Fridays introducing experiences over straight discounts. Through segmentation, Syracuse says, the company knows which customers are ordering more online, or who is coming weekends as they redeem and get closer to points levels. The brand can then remind them. It can offer gift cards and bonus points promotions and other incentives.

“We do really look to provide a 360-degree experience,” she says.

“Maybe you go on our social website. You see some online content. And then we want to follow up with another action. Saw that you ordered last week online. Are you interested in trying this? Every action, we want to keep that engagement and follow it all the way through on the consumer journey.”