Texas Roadhouse is Staffing Restaurants for the Future

As stores welcome more guests and sales, the steakhouse brand is working with operators to get the balance right.

As Texas Roadhouse grappled with rising labor costs, the brand stressed balance. The message was straightforward, but it wasn’t simple. Staff for your next $10,000 a week in sales—not for your next $20,000. So goes the challenge of taking stores with $3.6 million average-unit volumes and pushing them past $5 million in a decade, with $6 million within sight.

While this narrative has followed Texas Roadhouse for the better part of a year, the 544-unit (domestic) brand broke through a bit in the third quarter of fiscal 2019, announced Monday afternoon. Tonya Robinson, Texas Robinson’s chief financial officer, said some restaurants overcorrected when it came to upping staffing levels and had too many employees, and that’s something it had to remedy.

“Some of what we're seeing right now is just a little bit of a balancing of that, kind of, tweaking that a little bit, if you will, and just bringing that more in line,” Robinson said.

Notably, thanks to average-unit volume growth of 4.4 percent and “improvement in labor productivity,” Texas Roadhouse reported restaurant margin expansion of 0.5 percent this past period.

Restaurant margin dollars grew 12.7 percent to $108 million from $95.8 million the prior year, while margin, as a percentage of total sales, upped 49 basis points to 16.7 percent.

Taylor said Texas Roadhouse expects 2020 “to be another inflationary year.” In response, it will roll out a menu price increase of about 1.9 percent in late November.

As always, Taylor was candid in his commentary throughout the quarterly review. He said it was hard to guess whether or not the price hike would indeed offset cost pressures, and to what extent. That will come down to traffic growth, the exact levels of inflation, and continued improvement in Texas Roadhouse’s labor productivity.

Taylor said the latter point twice. “For those Roadhouse folks on the line,” he said, “let me repeat: for the continued improvement in our labor productivity. Thank you.”

There really is no understating the labor task at hand. Texas Roadhouse said it expects growth in total labor dollars per store week of 6­–7 percent for the rest of the year. It was 5.2 percent in Q3, year-over year, as wage and other inflation upped 4.2 percent and growth in hours increased 1.4 percent, which included the impact of higher guest counts.

“And we also love when our steak competitors advertise on TV, because that helps drive more people into our stores.”  — Texas Roadhouse CEO Kent Taylor on third-party delivery.

That was a noticeable improvement. In Q1 and Q2, labor dollars per store week bumped 8.2 percent and 7.4 percent, respectively.

Essentially, the road ahead looks as follows for Texas Roadhouse: Prepare for mandated state wage increases, ongoing market pressure, and the growth in labor hours that, again, can be credited to continued traffic growth and higher AUVs.

Yet don’t budge on the core, quality- and service-driven operating practices that separate the brand from competitors when it comes to dine-in traffic in a convenience-fueled landscape. That means raising staffing levels at lagging units. But, now, it also means lowering them when that’s necessary, too.

“When I go into stores, I look at the faces of our guests who are interacting with our people, and I continue to see smiles going back and forth,” Taylor said. “So I think we're still keeping the staffing levels at the appropriate point to have those great guest to employee interactions.”

The hope is that those hours will start to align more with Texas Roadhouse’s traffic growth and perhaps even fall a little bit below. Growth in labor hours has outpaced traffic gains in recent quarters. In Q2, it was 2.8 percent versus 1.7 percent.

Robinson said labor improvements unfurled throughout Q3 as Texas Roadhouse engaged market partners and pinpointed areas to target. The key learning, though, was understanding just how many hours restaurants truly need to grow sales and guest counts to Texas Roadhouse’s standard. Not just passing down an arbitrary figure from corporate. “That’s really what we’ve been doing,” she said.

Taylor added that Texas Roadhouse brought “quite a few” managers on to gear up for its push toward $6 million AUVs. A lot of those employees are now out of training and in restaurants.

Fully staffing units has also helped the company’s turnover efforts. “We think the fact that we've added more servers in the stores and more managers means it's easier for our servers to get a night-off to go to that concert, and our managers might get a little more time off … because we have additional managers in each store hopefully,” Taylor said.

This is an important note for Texas Roadhouse for a bevy of reasons. In the past three years or so, as Texas Roadhouse’s increase in labor hours has surpassed 3 percent, it’s faced a compounding effect from turnover. Earlier in the year, the company said, it was dealing with turnover in the high 120s. It’s grown hours faster in the back of the house than the front, where managing partners pay more due to wage pressures. Management turnover was in the low-teens, an improvement from high-teens results a few years ago.

Put all that together with higher AUVs and traffic, however, and Texas Roadhouse faced a multiplicative impact of more employees per restaurants times a higher turnover number. In response, hours grew just to rehire people being lost to attrition.

This is really where getting the staffing levels correct becomes critical.

Taylor was asked what triggered the company’s productivity improvements of late. “Boy, I wish I could give you the specifics,” he said. “I think we learned from some of our better operators that were managing labor more effectively, listened to them, and then basically we’ve been out teaching our learnings form those folks.”

“So nothing we’ve done is unusual. It’s just that we’re sharing the best of the best ideas on various fronts, not just labor,” Taylor added.

Here’s where the big labor picture stood in Q3:

In total, Texas Roadhouse’s adjustments resulted in $1 million of expense in Q3 compared to $1.8 million in the comparable year-ago period. 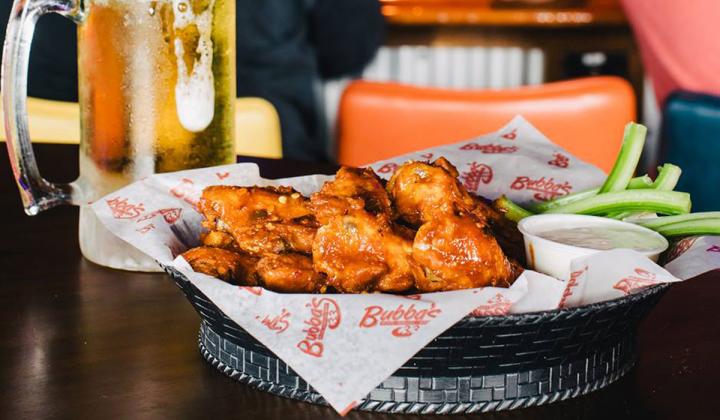 Bubba's 33 could open as many as eight restaurants next year.

Growth on the table

Texas Roadhouse should finish the year with about 7.2 percent store growth as it adds 22 new restaurants, including three Bubba’s 33 locations. For 2020, the company plans to ramp up to 30-plus company openings, Taylor said, including as many as eight Bubba’s.

Taylor said improved brand awareness aided the run. “I think people in these various markets where we’re located are just trusting the brand more than we thought, and that’s a good thing,” he said.

READ MORE: Bubba's 33 has a path to big-time growth

Taylor also said it was a misstep to not co-market some markets and show the brands were related. In some lower-performing stores, the company used billboards recently to emphasis the connection. “And that was very beneficial,” he said, noting he was resistant to the idea at first. “So apparently I was wrong and we’ll do that more in the future.”

Taylor commented on Texas Roadhouse’s strength with recent openings as well. Has the company done anything differently to generate higher-volume debuts?

Texas Roadhouse opened six stores in markets smaller than usual this past year. That’s really the only thing that’s changed. And the brand has nine planned for 2020 along the same strategy.

No to delivery, once again

Taylor has never been shy in his stance on third-party delivery, saying once, “We encourage all of our competitors to do as much delivery as they can so they can deliver lukewarm food to their people that order it, and we will stick with our guns on this.” He reiterated Monday that Texas Roadhouse loves “third-party delivery for competitors. That drives more to-go [business] into our stores.”

“And we also love when our steak competitors advertise on TV,” Taylor added, “because that helps drive more people into our stores.”

Asked whether or not there’s been any customer pushback to higher prices, Taylor responded simply, “If you look at the last two months, the comps are pretty OK, right.” Texas Roadhouse’s same-store sales tracked 4.3 percent, 3.9 percent, and 5.1 percent for July, August, and September, respectively.

Robinson added the brand isn’t “seeing anything that would indicate that the pricing isn’t being accepted by the guests.”

“It feels pretty good,” she said. “I mean, it's always hard to tell when that really would show up in any pricing. I think it takes quite a bit longer to show itself and at that point you may not even realize that it's from pricing. You'll probably be looking at some other things. But right now, sitting here today, is the pricing falling through pretty well? It feels fine.”