Off-premises accounted for 19 percent of total sales at LongHorn in the fourth quarter.

Takeout and Curbside Customers Stick Around at Darden

And why, despite optimism for reopening, these off-premises routines from guests might be here to stay.

At the beginning of 2021, you could count Darden CEO Gene Lee among the industry leaders skeptical of the long-term viability of the off-premises consumer. Yet recent realities have changed his thinking.

More than a year after COVID-19 fed trends into a shredder, sales outside the four walls at Olive Garden still accounted for 33 percent of its business. “I’ll give the analyst community credit on this,” he said, talking to a conference call of investors. “This was stickier than what we thought.”

Through off-premises growth, Darden—namely flagships Olive Garden and LongHorn Steakhouse—has been able to reach new consumers. And in typical company fashion, deliver these first-timers a stellar experience anchored by Darden's “back-to-basics” approach. It's been a heavy dose of takeout and curbside instead of third-party delivery and virtual or ghost brands, a decision that’s allowed Darden to control experience and leverage decades of brand value. The company added tech enhancements to online ordering, introduced to-go capacity management, and rolled “Curbside I’m Here” notifications.

In regards to curbside specifically, Darden saw the option as one arena it could mirror dine-in, as closely as possible. And so, it created dedicated parking spots on the sides of restaurants nearer to the kitchen, which prevented servers from moving food through lobbies to the front door. Olive Garden didn’t have to change prices to accommodate curbside, either, keeping its critical value perception intact. It avoided the need to devise presentable takeout sections inside every restaurant, saving on those costs as well. Plus, customers don’t have to come inside and crowd lobbies—something less than ideal even in pre-COVID times, when group avoidance wasn’t a ticket to entry for many people.

But to Lee’s observation, curbside proved something far beyond a bridge from lockdown to restaurant resurgence. He believes with geo fencing and other smart technology efforts, Darden can become more efficient. It’s already appreciating better timing and accuracy than ever—something that makes sense when a sales channel goes from an afterthought to the only game in town. That pandemic-driven focus, however, will stay with the brand past COVID. So will many of the customers it’s gained.

Naturally, one of the places casual dining long ceded share to counter-service brands was convenience. Lee envisions curbside, enabled by tech, to eventually become a faster option than the drive-thru.

“We’re getting this down to where you could be in our parking lot, and in under a minute, we could have your food in your car and you’re gone,” Lee said at the ICR Conference in January.

At that juncture, curbside wait times were under 90 seconds (assuming the consumer showed up when they arranged to). Darden’s IT investments allowed it to throttle orders and make sure it could handle demand without skirting on guest experience.

Darden never expressed interest in small-order delivery. It provided a service at upscale restaurants where, if orders of at least $75 were placed by 5 p.m. the day before, they’d bring them to guests. In January, the average ordering size was $300, making it well worth the effort.

Darden could provide service along with to-go food, too, Lee said. It didn’t have to choose delivery over hospitality. “That really ties back to who we are—we’re a full-service restaurant,” he said at the time. “And so, we try to provide that full service around everything that we do.”

The restaurant industry posted its 16th consecutive week of positive same-store sales in the period ending July 4, according to Black Box Intelligence.

Even when dine-in returns to full strength, Darden will have the tech to slot in off-premises orders and have an even flow.

ICR was the same conference where somebody asked Lee what he thought of virtual brands, which he termed a “distraction” previously. Lee’s response was straightforward: Brand recognition matters.

Create one out of thin air and you’re suddenly going toe-to-toe with restaurants that have 30 years of history and $150 million advertising budgets (referencing Olive Garden).

Additionally, he said consumers were telling operators more and more they were tired of eating restaurant food at home, and wanted get back out and socialize with friends.

From a high level, that’s turned out to be true, as the restaurant industry posted its 16th consecutive week of positive same-store sales in the period ending July 4, according to Black Box Intelligence. Comps growth for each of the three weeks preceding July 4 were higher than any stretch during the eight weeks before that.

Less tangibly but equally intriguing, the number of mask mentions, per Black Box and its listening platforms, dropped by more than 70 percent in June compared with March in the Southeast and Southwest (Darden is based in Florida).

Lee said he isn’t sure where off-premises is going “to net out” for Darden. But he’s confident it’s going to be higher than it was pre-COVID. “And I think it’s something that’s part of our business we will have to pay a lot more attention to as we move forward.”

As it turns out, surprisingly to Darden brass, there’s hasn’t been much cannibalization with dine-in. Off-premises guests are using the restaurants as home-meal replacements; they’re not swapping the occasion with dine-in.

Simply, core dine-in users are doing both. Yet the kicker is loyal off-premises consumers are also suddenly going to Olive Garden more than before.

Olive Garden achieved $281.6 million in segment profit in Q4 and restaurant-level margins of 25.5 percent, both company records. And the chain broke its single-day sales record on Mother’s Day.

Olive Garden is pushing average-unit volumes north of $5 million alongside those 25 percent restaurant-level margins. Yet its same-store sales declined 4.9 percent in March, year-over-year (up 0.3 percent in April and 1 percent in May). The reason these are pulling in seemingly different red and black directions, Lee said in June, is because Darden isn’t “participating in giving away our food through third-party channels.” And Olive Garden isn’t discounting cash like some competitors through selling gift cards.

Darden has earned a reputation for this over the years—skirting trends and short-term levers in favor of driving profitable sales growth. The full picture instead of just the top line. This typically showed with Olive Garden’s innovation calendar, and its decision to push embedded, daily value over fleeting promotions.

CFO Rick Cardenas highlighted the long-term play at hand—the ability to remarket to consumers thanks to a pandemic data horde.

He said Olive Garden ran some TV buys it purchased previously. But not much else unfolded from a marketing standpoint. It did some digital as well “just to keep the digital marketing moving.”

“But we haven’t started focusing on those new customers and speaking directly to them,” he said.

When the time comes, Darden will have a chance to communicate with a wealth of consumers who weren’t coming to its brands before coronavirus.

And now the question becomes, who is this customer exactly? 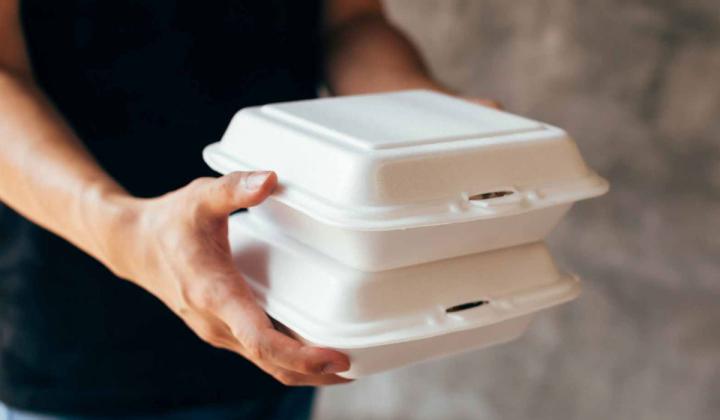 Seventy-five percent of respondents in BentoBox’s study (up 2 points from Q1) said they order takeout and delivery for its convenience.

BentoBox, a website, e-commerce, and marketing platform for 12,400 restaurant locations worldwide, released its second installment of its Restaurant Delivery Consumer Trend Report on Wednesday. The ongoing study’s goal is to track how U.S. diners’ delivery and takeout habits continue to evolve as this COVID journey endures.

Some of the findings align with Lee’s observations to a tee.

Despite optimism for reopenings, for instance, takeout and delivery routines are holding steadier than expected.

Seventy-eight percent of diners in the 1,000-plus consumer study indicated they were ready to resume normal dining habits, a healthy 18 percent jump from Q1. This coincided with a 64 percent decline in vaccine hesitancy among diners from Q1 (25 to 9 percent).

However, in light of all this, delivery and takeout ordering remained consistent, and even saw slight growth quarter-over-quarter.

Eighty five percent of all diners said they ordered as least once per week (it was 84 percent in Q1).

Eighty-eight percent of frequent takeout/delivery users (four-plus times a week) noted they were increasingly confident they would maintain current habits. It represented a 5 percent lift form Q1—“showing that pandemic ordering habits are becoming the new normal of how diners engage with restaurants.”

So what’s influencing these order habits?

As delivery persists, a seamless, user-friendly experience has proven paramount for restaurants to compete in the new landscape of pandemic recovery. For Darden, an emphasis placed on what it does best, layering in tech and resources into curbside over diving into new frontiers (like third-party delivery), appears to have worked in its favor from a repeat-purchase standpoint. Thus, it’s seeing business stickier than internal expectations.

Seventy-five percent of respondents in BentoBox’s study (up 2 points from Q1) said they order takeout and delivery for its convenience.

When deciding whether to order directly through a restaurant versus via a third-party marketplace, ease of ordering (45 percent), promotions and discounts (41 percent) and delivery and service fees (34 percent) were other top considerations made among diners.

As the recovery effort takes hold, diners aged 25–49 were most likely to be “super users” of online ordering and takeout (three-plus times per week) in the study, while the youngest (18–24) and oldest (65 and older) groups of diners favor light-to-moderate frequency or no frequency at all. Among all diners, four in five (80 percent) were “very” or “somewhat likely” to continue their current ordering frequency, with diners aged 25–49 being the most confident that they will continue (84 percent).

Diners aged 18-24 appear to be shifting toward a light/moderate order frequency in favor of returning to in-person dining. The number of heavy delivery/takeout consumers in this age bracket was halved since March, BentoBox said, with a migration to light-to-moderate consumption (9 to 5 percent). This group was also 20 percent less likely to be confident they will maintain ordering habits moving forward, with only 64 percent of the group very or somewhat likely to continue ordering frequency.

Diners aged 65-plus are growing fatigued of delivery and takeout, which isn’t overly stunning given their lack of frequency before. Interest has fallen to below pre-COVID levels, with more than one in three (36 from 31 percent in Q1) currently placing no orders at all. Seventy-one percent of diners over 65 were likely to continue these ordering habits moving forward (down 9 points below all diners).