STK, Kona Grill Prepare for 'Off the Charts' Holiday Demand

In October, STK’s North American restaurants averaged $323,000 in average weekly sales, which is a $16.8 million AUV on an annualized basis.

Manny Hilario, CEO of The ONE Group Hospitality, expects a fourth quarter unlike any STK Steakhouse and Kona Grill have seen.

Advanced business demand for November and December has been “off the charts,” including customers spending premium dollars to buy out entire restaurants. Events are the one area that hasn’t fully recovered from COVID, but Hilario expects the segment to provide an “additive layer and high-margin business” to stores in the coming weeks.

“I would say it's the best demand I've ever seen since I've been with the company for the fourth quarter,” Hilario said during the company’s Q3 earnings call. “And I think that we've also bulked up our processes for booking events. So I think the combination of process and just demand will probably lead to a very strong event quarter for us.”

If Hilario’s optimistic expectations come true, it would build off an impressive Q3 in which same-store sales of STK and Kona exploded 63.8 and 26.9 percent versus 2019, respectively. Every single U.S. restaurant comped positively in the quarter against pre-pandemic levels. STK earned $285,000 in average weekly sales per restaurant compared to $184,000 in 2019, while Kona saw $99,000 per store, versus $78,000 two years ago.

In October, same-store sales grew even further; STK’s comps skyrocketed 73.7 percent while Kona’s increased 42.9 percent. STK’s North American restaurants averaged $323,000 per week per store, which is a $16.8 million AUV on an annualized basis.

Hilario attributed October’s acceleration to “very strong promoting” and a heavy emphasis on the takeout and delivery business. Top-performing restaurants are generating an annualized rate of $1 million to $1.5 million in off-premises sales.

“Although we're marketing in engines like Postmates and Grubhub and working with those guys, we're actually seeing some of that translating to restaurant visits because we're coming out top of mind when people are popping to those takeout/delivery vehicles, and they're actually coming to the restaurants and booking a reservation to come down to us,” Hilario said. “So that takeout/delivery promoting is actually both helping the takeout business as well as the dine-in business.”

To satisfy demand ahead of what’s predicted to be a busier than usual holiday season, STK and Kona added a net of more than 300 employees in Q3, including 200-plus at Kona and roughly 100 at STK. Combined, the workforce grew from 2,900 to about 3,200. Hilario anticipates $1.5 million to $2 million in onboarding and training costs as employees improve their efficiency.

The company is now more than 100 percent staffed at both the manager and crew levels. Wages are up across the board, especially inflation for back-of-house employees.

The ONE Group rolled out its TOG Perks and enhanced benefits program to retain workers, and implemented TOG Rapid Deployment, an initiative in which the human resources team works with restaurants to consistently execute a 24-hour hiring process from application to offer.

“We spent a lot of time building up our employee base because we think we're going to need every single one of those employees to make sure that we can take care of the takeout/delivery and event business and dine-in,” Hilario said. “So all put together, we think our fourth quarter is going to be extraordinary relative to sales, and we really geared ourselves up in the third quarter to get there.” 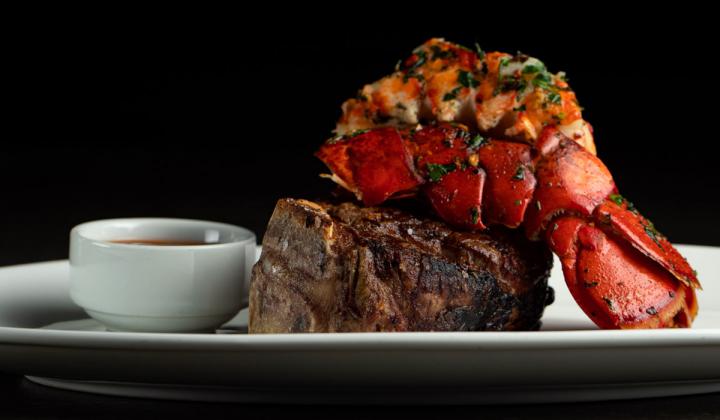 The ONE Group still expects to open 13 new STK and food and beverage hospitality venues (hotels and casinos) between 2021 and 2022.

Commodities increased 210 basis points to 26.1 percent in Q3, up from 24 percent in the year-ago period, driven primarily by beef and shellfish costs. However, COGS only rose 0.8 percentage points compared to Q2, a sign that restaurants have done well with managing inflation, Hilario said.

To do this, the ONE Group has looked for substitutes that have better costs, like switching out red king crab for Dungeness crab. The company is also focusing on promotions and beverages that present more profitable opportunities.

Despite headwinds from commodities and labor, The ONE Group used sales growth to achieve a 17.1 percent restaurant margin and reach more than $10 million in adjusted EBITDA, bringing the year-to-date total to $29.4 million.

“We continue to work with our vendors and supply chain in order to control costs and continue to manage and engineer our product mix towards higher-margin items,” CFO Tyler Loy said.

Looking ahead, The ONE Group still expects to open 13 new STK and food and beverage hospitality venues (hotels and casinos) between 2021 and 2022. Seven have already debuted, including a company-owned STK restaurant in Bellevue, Washington, that’s earning $240,000 per week. Currently, three more STK locations are under construction in Dallas, San Francisco, and London; each should open in late 2021 or early 2022.

To spread its brand where it doesn’t already have a presence, The ONE Group entered an agreement with REEF Kitchens to debut ghost kitchens in the Houston market.

“Although REEF would like to have done a whole U.S.-sized deal, we decided—as we do with everything—we want to test it and see if it works or not,” Hilario said. “I also want to have a good understanding of what the brand acceptance is when we take an STK and Kona Grill to a place where really there's not a street store.”

For Kona, The ONE Group is targeting three to five new restaurants per year starting in 2022. Hilario said the company continues to see high demand from landlords, considering the chain’s $5 million AUV and store-level margins that produce more than 40 percent cash-on-cash returns. The first new Kona store to open since The ONE Group bought the brand for $25 million in 2019 will come in Riverton, Utah, by May 2022.

There are 23 STK locations across the U.S., Europe, and the Middle East, and 24 Kona restaurants domestically.

“Frankly, we are early in our growth strategy and lots of white space remains,” Hilario said. “Over the long-term, we foresee a total addressable market of at least 200 STK restaurants globally and at least 200 Kona Grills domestically. Combined, that's over 400 restaurants. Much of this growth will be asset light and our company-owned restaurants will be self-funded through internally generated cash.”