Chuy's opened a restaurant in Carmel, Indiana, in the third quarter followed by its second location in the Columbus, Ohio, market in Q4.

The Mexican chain is getting more efficient with labor as it looks to grow.

Chuy’s just reeled off its sixth consecutive quarter of positive same-store sales, and spotlighted some promising trends in its business. But the company also hinted during a November 12 review there were five restaurants dragging the base, resulting in a non-cash loss of $7.1 million.

This past weekend, the company shuttered four of them, according to a securities filing. Per local media coverage, at least two—in Annapolis, Maryland, and Tuscaloosa, Alabama—shut down right away. The rest are expected by year’s end.

Chuy’s absorbed pre-tax impairment charges of about $6 million from the underperforming stores in Q3, and may record another $2 million to $4 million following future lease terminations. It will incur additional cash charges of $1 million to $2 million thanks to lease obligations, employee termination benefits, and other closure-related costs, the company said.

Chuy’s chief financial officer Jon Howie said during Chuy’s Q3 call, “to close a store is a big thing, one of the last resorts.” And it hasn’t been a trend throughout 2019. The brand shuttered two locations in Q1, but has opened six in 2019—hitting Chuy’s development target for the year.

And while the announced closures were a negative blip, Chuy’s has enjoyed a steady push of late.

Chuy’s Q3 comp comprised of a 4.5 percent increase in average check offset by a 1.9 percent drop in average weekly customers. Effective pricing during the period was roughly 3.7 percent.

Some comments on labor

Chuy’s labor cost as a percentage of revenue declined 150 basis points to 35.5 percent in Q3. Howie credited menu price leverage, increased labor efficiency at new store openings, and lower training expenses for fresh managers. As is pretty much universally the case for restaurants, it was balanced against hourly labor rate inflation. For Chuy’s, the figure was 3.1 percent.

Chuy’s has really moved the needle with new openings. It witnessed a 50-basis point decrease in hourly labor. The rest came from manager training.

This isn’t a case of cut-back hours, though, as much as it’s a smarter and more deliberate use of them.

“At the end of the day, we want to put the hospitality back into our restaurants, like the restaurant industry is supposed to,” CEO and chairman Steve Hislop said. “So, we want to look at hospitality and make sure we're staffed to grow, not staffed to maintain. While we're being real efficient, we need to make sure that the service levels are going up.”

“It’s right within the four walls,” he added. “We have to not do crazy stuff that some of our competitors are doing, and worry about executing our deal.”

Chuy’s has built this labor model for the better part of two years. Last quarter, it dropped labor costs nearly a full percentage point as a mix of total sales thanks to that aforementioned efficiency at new openings and Chuy’s cost-effective approach to manager training. The company said its “glide path” initiatives allowed it to reduce opening labor hires by about 20 percent and hit system labor targets by month seven.

“At the end of the day, we want to put the hospitality back into our restaurants, like the restaurant industry is supposed to. So, we want to look at hospitality and make sure we're staffed to grow, not staffed to maintain. While we're being real efficient, we need to make sure that the service levels are going up.” — Chuy's CEO Steve Hislop.

If we go back to the spring, Chuy’s spoke of a labor management tool and scheduling module it planned to integrate within its point-of-sale system. The goal being to mitigate ongoing labor pressures by optimizing productivity and become better at projecting sales, not hiring less people. This would allow Chuy’s to add staff when needed, and identify where that was the case. With predictive analytics, it bolstered its ability to serve peak hours effectively and keep from overstaffing shoulder periods. Also, to better understand what kind of staffing levels it takes to expand and improve sales to support more units.

In Q4 2018, Hislop said Chuys was “better staffed now than we’ve been in the previous two years.” By March, looking at a three-quarter window, Chuy’s turnover rates were 26 percent in management and 105–106 percent at hourly.

Today, the brand is at a five-year low on the latter measure, Hislop said—89 percent. Chuy’s is also looking at handheld tablets and pay-at-the-table to further improve efficiency and keep servers on the floor longer to “work on salesmanship” and ensure Chuy’s is taking care of guests “the way they’d like to be taken care of,” he said. In other terms, justify the price and time commitment of a full-service customer.

“And it's just hospitality all the way around to a simple greet to a simple opening the door, which everybody can always constantly work on,” Hislop added. 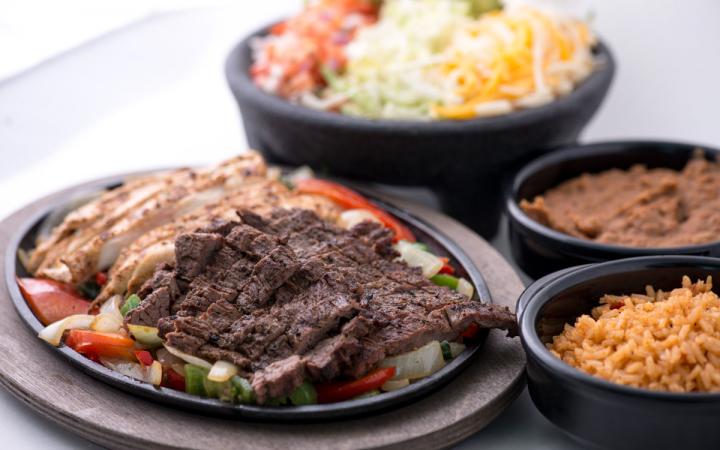 The employee issue really spiked for Chuy’s in Q2 2018 when labor costs, as a percentage of revenue, leapt about 160 basis points, year-over-year, to 35.2 percent. In some higher-cost markets, hourly rate inflation rose as much as 5 percent.

That proves how effective Chuy’s labor management integration has been.

Two key points: The tool helped Chuy’s from a budgeting to a projection aspect. “… it's going to highlight an exceptional report, anybody that's outside their window as far as the sales volume and the productivity that we're looking for that store to have. So it will be more of an exception-reporting thing,” Hislop said at the time.

It gave Chuy’s schedule enforcement, too, meaning the beginning and ending of a shift, when an employee punches in and out. Sounds minor, but it has made a major difference. Getting rid of the early punches and late punches stacks up in a hurry. Chuy’s started doing “problem projections” as well in regards to scheduling. One of its biggest saves has come from the known hours it has by the sales hour.

Chuy’s improved its Q3 profitability with an 11.4 percent increase in restaurant-level operating profit and a 50-basis point lift in ground-level operating margin. That despite continued labor inflation and higher commodity costs.

Again, those are inescapable realities for restaurants. Finding efficiencies to offset the challenges, however, remain a key unlock for brands battling for talent amid historic unemployment rates. 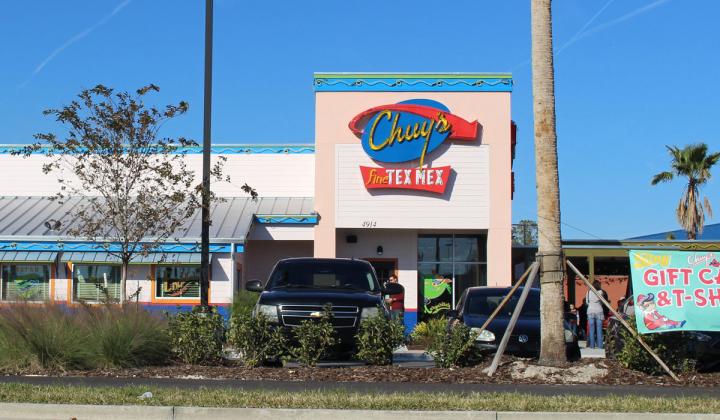 Chuy’s put the brakes on new-market expansion at the back-end of 2018.

Marketing moves, and other positive levers

This past quarter, Chuy’s expanded targeted marketing to Orlando via similar means—promotional radio, strategic highway signage, and advertising on digital platforms like YouTube, Hulu, and Waze. Dallas is up next. “Our goal here is to focus on certain markets each quarter to better educate our customers on the Chuy's experience and drive frequency to our restaurants,” Hislop said.

Chuy’s put the brakes on new-market expansion at the back-end of 2018. It wanted to wait on an eSite tool it’s still developing that will provide psychographics profiles of top areas. Basically, smart tools to fuel smart growth, not just expansion for the sake of hitting a number.

Hislop said marketing is essential given that Chuy’s, at 104 (soon to be 100) units, is still a mid-sized brand that’s name value doesn’t always speak for itself. Dropping in new markets and trying to get the word was a costly and, to an extent, risky proposition.

Chuy’s believes the eSite functionality will take some of the gamble out.

But in the meantime, advertising is a major vehicle for Chuy’s to communicate those service differentiators Hislop mentioned earlier.

And 15 of those have five or fewer restaurants.

Hislop said Chuy’s current targeted-marketing approach is a slow build. “But really, what's cool about social and digital, what's working, you can do a lot of, and what isn't working, you can switch, and that's what we're really been doing and we're touching all the markets,” he said.

Chuy’s really hadn’t pushed on social much before last December. This is really the first time it’s gotten in front of guests and introduced some of its defining experiences and worked on frequency and repeat visits, he added.

Chuy’s is still testing the real-estate tool and plans to roll it out in 2021 on a store-by-store basis. More than anything, though, the brand wants to make sure customer counts are positive for a period of time before it ramps up growth, Hislop said. “We believe that we're working in the right direction to make that happen, and we're going to continue on the direction,” he said.

In Q3, Chuy’s completed the systemwide implementation of its new table management system with Wisely, designed to improve front-of-the-house efficiency. It’s since added functionality to gather customer data, like opt-in WiFi services to capture emails that can be tied to guests ordering during visits as well as online. Ultimately, Chuy’s will be able to leverage integrated intelligence to launch a loyalty program that presents customers with more personalized incentives.

Chuy’s introduced catering to two additional markets in the period, with two on deck for Q4. By year’s end, the company expects to have the service live in 11 markets. In Q3, catering contributed about $1.5 million in revenue. It was just $369,000 this time a year ago.

Additionally, Chuy’s tested Olo’s Dispatch service in two restaurants this past quarter, which allows it to synchronize online ordering and delivery direct from its website. The company plans to test further in Q4 and go systemwide by Q2 2020.

Hislop also noted Chuy’s is in the process of negotiating a national contract with a delivery provider that can integrate into its point of sale.

Off-premises represented about 12.9 percent of sales in Q3, up 13.7 percent, year-over-year. Delivery mixes about 2.5 percent of that.