Pickleball is at the heart of Smash Park, but the restaurant also offers other games like corn hole.

The Iowa-based brand is building a foundational base in the Midwest, with a bigger and better prototype.

But on a personal level, Lockyear was more of a tennis player, and while playing the game at a local club, he came across pickleball, a sport in which players use smaller wooden paddles to hit a perforated ball back-and-forth across a net. Strangely enough, after never seeing it played before that moment, it’s all Lockyear would hear about for the next few weeks.

He completed his own research and learned pickleball was arguably the fastest-growing sport in the U.S. In fact, the game amassed 4.8 million players last year, or a two-year growth rate of 39.3 percent, according to the Sports & Fitness Industry Association’s (SFIA) 2022 Topline Participation Report.

Although presented to him by chance, Lockyear says pickleball perfectly fit into the social and community standards his team was searching for.

“It’s definitely more versatile and inclusive than sand volleyball,” Lockyear says. “It has that instant mastery. It's a paddle and a little ball and there's nothing really intimidating about that. It’s something we felt that everybody can play, and it’d be much better than sand volleyball. The rest of the concept was already built out and at that point, it was pretty easy just to switch out playing volleyball with pickleball.”

Smash Park first opened in West Des Moines in the fall of 2018, with four pickleball courts inside and two outside. The 27,000-square-foot indoor space houses party games, an arcade, and a 30-foot TV wall, while the 17,000-square-foot outdoor yard area features—in addition to pickleball—shuffleboard, bocce ball, giant pong, and cornhole.

Throughout the week, Smash Park blocks out certain hours for social and competitive pickleball leagues, but outside those windows, customers can use the brand’s website or mobile app to reserve a court.

Additionally, one Friday each month, the venue will host a Dink & Drink Tournament that’s sponsored by one of its beer or seltzer vendors—an event that typically sells out quickly. These are more social, Lockyear says, because competitive tournaments typically require more than six courts on the regional and national level. In the future, the social entertainment company will look to partner with local clubs or gyms to host bigger tournaments.

The average age of the Smash Park customer is 34 years old, which is not too far off from the 38.1 average reported by the SFIA.

“The idea that pickleball is an old person's sport is definitely not the case anymore,” Lockyear says. 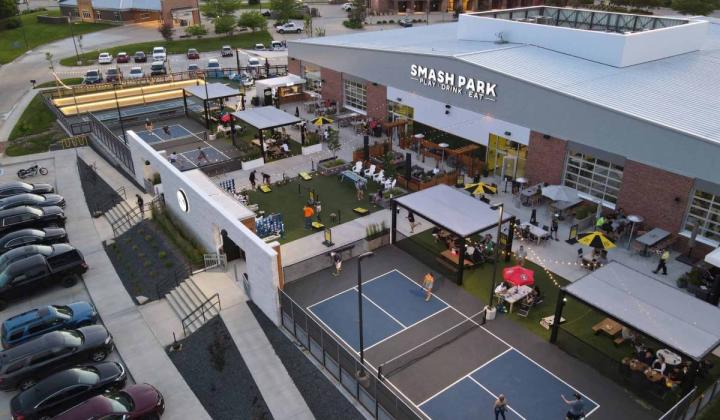 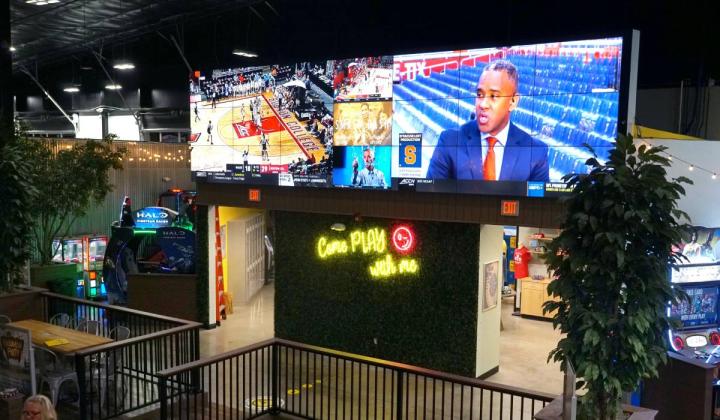 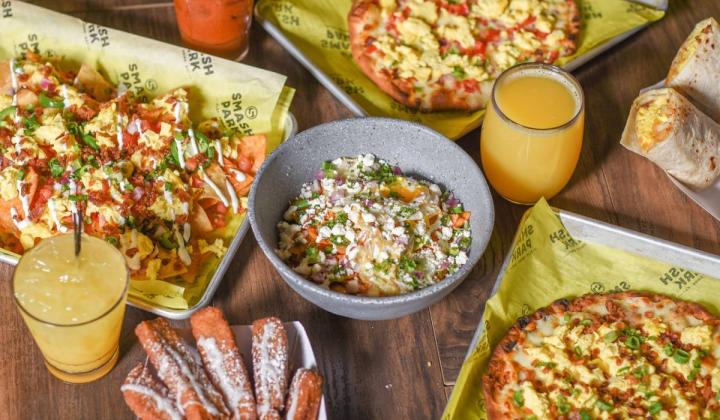 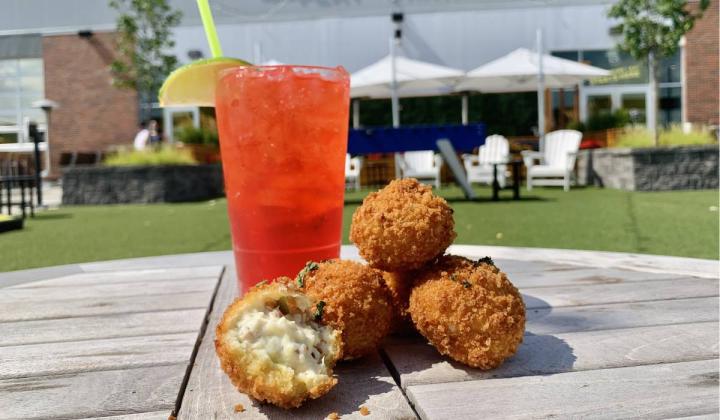 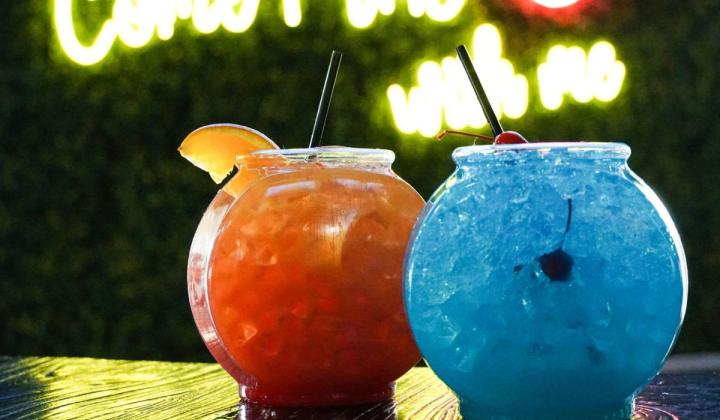 The concept’s food and beverage menu—which accounts for a majority of sales—is handled by Todd Lindberg, a graduate of the Culinary Institute of America. About 80 percent of selections are scratch-made, a strength that Smash Park chose not to promote at first.

“[Customers’] expectation when it comes to an entertainment concept was probably fairly low, so we wanted them to come in and be surprised like, ‘Wow this is really good,’ and then tell our story over time,” Lockyear says.

As for beverages, the most popular category is Sociabowls, which are cocktails poured in fishbowls. Smash Park even lets customers name drinks, like Smashed by the Ocean, made vodka blue curacao, Sierra Mist, house-made sour, and cherries. There’s also a lineup of seltzer cocktails called Clawtails, including Booty Claw, with lime White Claw, tequila, triple sec, house-made sour, and lime juice.

“Some surprising items that you wouldn't necessarily expect at a place like Smash Park,” Lockyear says.

The brand’s second location opened mid-May in Pella, Iowa. Its third outlet, located in Minneapolis, will begin construction later this year, with a targeted opening date in summer 2023. The fourth unit, in Omaha, Nebraska, is set to open late 2023 or early the following year.

Smash Park is already undergoing a site selection process for a second Minneapolis outpost, which the company would like to have open by mid-2024. After that, it will move into Chicago, a city that could hold three locations, Lockyear says. The brand is committed to keeping its growth restricted to the upper Midwest and Central Midwest during this first phase of expansion.

The Pella location holds more than 20,000 square feet, four pickleball courts, and indoor and outdoor games like giant Connect Four, giant Jenga, cornhole, and bocce ball. There's also more than 80 TV screens and a 14,000-square-foot patio and beer garden. The Omaha unit will have 30,000 square feet of indoor space and 15,000 square feet of outdoor area. The venue will be filled with more than 100 TVs, along with ax throwing, duckpin bowling, a karaoke suite, and a a 21-and-over “Paddle Club."

Smash Park has franchising infrastructure in place, including a franchise disclosure document,  all of which was put together prior to COVID. While Pella is a franchised store, all the other upcoming units will be company-owned.

“We realized franchising is great, but this is a pretty complicated concept that wasn’t cheap to start,” Lockyear says. “And as we grow, we thought that the corporate route would be a lot better for us at least in the next three or five years. So we're all set up for franchising. We could do that any time we wanted to pivot.”

When Smash Park first opened in 2018, the goal was to always go national, Lockyear recalls. And along this journey, the company has quickly pivoted multiple times because it isn’t bound by investors. Outside of sports and entertainment, the objective is to serve as a community hub by participating in fundraising, charitable events, and partnerships with local organizations and hosting widely appealing events, such as live music and trivia nights.

To achieve this, Lockyear knows growth must be methodical. After building out Minneapolis, he envisions three to four openings per year.

“We just want to be incredibly disciplined in our approach and not get spread too thin, too fast,” Lockyear says.