World of Beer was forced to furlough 92 percent of staff when COVID first hit.

How World of Beer Rose from Major Layoffs to Soaring Sales

Chain has seen figures rise as high as 30 percent compared to 2019.

The COVID-19 pandemic was arguably the most dramatic event World of Beer CEO Paul Avery has faced in his career.

The 54-unit chain decided to quickly furlough 92 percent of its staff in an attempt to allow everyone to get proper government assistance. For those who remained, salaries were reduced 50 percent. At one point in time, the brand was forced to temporarily close more than 60 percent of its stores.

“Everybody kept their chin up and figured out how we're going to get through this,” Avery says.

It was a dire and stressful environment. But all those long nights translated to double-digit sales growth and the quadrupling of off-premises sales as the industry heads into the summer, and that’s all against pre-pandemic figures. So how did World of Beer go from debilitating crisis to promising revitalization? Avery has four specific reasons.

The first bullet point was an obvious one—taking care of employees and making them a priority. World of Beer didn’t know how long the pandemic would last, but it knew there would be a backside. It also knew any restoration of business would be dependent on the return of its staff, so the brand distributed bonuses, gave food to employees on a weekly basis, and deployed takeout and delivery to provide a salary during bleak times. World of Beer also leveraged the Paycheck Protection Program to hold onto its people. The methods worked, as nearly everyone on the management level has returned.

The second reason was communication among all stakeholders—lenders, landlords, suppliers, and staff. As the captain of the ship, Avery found it important to get ahead of things and open the dialog as opposed to the other way around. He had many virtual meetings with hourly workers and management team members just to give them a heads up on how the company was navigating the pandemic.

The third part was decisive action, meaning the leadership team that remained took “bold and thoughtful” action on how to protect the company and reduce costs without cutting the commitment to quality. The fourth and final pillar was maintaining liquidity to ensure World of Beer could meet its obligations and preserve the business long enough to reach the other side.

The multi-layered strategy built a bridge, and now sales are increasing more than 20 percent—and sometimes even 30 percent—compared to 2019. Average check has significantly grown while traffic is down in just the single digits. Operational acumen, good reputation in communities, convenient outdoor patio seating, and a strong value proposition are all contributing to the comeback, Avery says.

“We're enjoying a really strong rebound, and again, I attribute that to our management team who has been really stable,” Avery says. “And when you’ve got stable management, you’ve got stable hourly teams. As the industry's been challenged with staffing, we've been very fortunate to have I think better than most staffing in order to capture this rebound.” 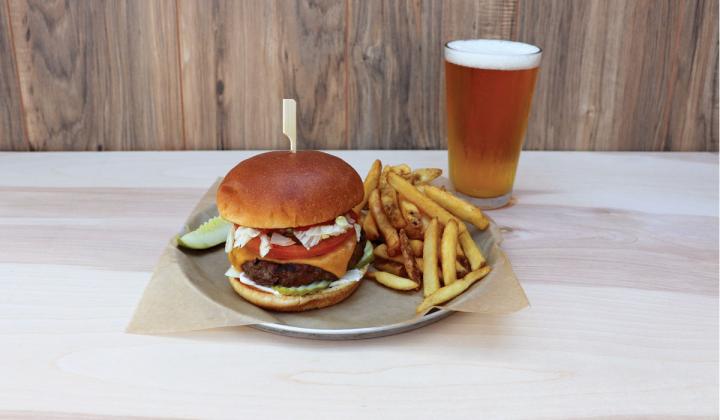 Part of that rebound has been revving up an off-premises program that was essentially nonexistent prior to COVID. When the world shut down, World of Beer brought in consultants to bolster the program. The strategy was guided by Chief Brand Officer James Buell, who oversaw the integration of third-party delivery services and first-party platform Olo. The effort increased off-premises from less than 1 percent of sales to about 4 percent, or more than a 300 percent increase. Avery expects off-premises to be around 6 to 8 percent of sales by the end of 2021, and he anticipates a lot of incremental revenue to come with that growth.

Part of the opportunity is relaxed alcohol to-go laws instituted by governors during the pandemic. More than 30 states and Washington, D.C. lifted restrictions for restaurants and bars during COVID, according to the Wall Street Journal. Some allowed delivery, as well. Avery says World of Beer tried several alternatives when it came to this particular opportunity, but the CEO admits the chain has yet to crack the code. During the height of the pandemic, the brand served gallons of margaritas and gallons of sangria and mojitos. Like others, the company placed individual cocktails in little containers and sold crawlers and canned wine.

However, he wouldn’t describe it as an exciting result. While the brand hasn’t optimized that sales channel quite yet, Avery knows there will be future chances.

“I think it's a great opportunity for World of Beer, knowing that we serve adult beverages and offer them, to have an interesting adult beverage served with your takeaway food,” Avery says. “That's a great proposition, and one that we need to do a better job and figure out how to market that and appeal to consumers.”

What World of Beer has been successful at is unit growth—something not many full-service counterparts can say. The company managed to open four stores in 2020, three of which were company-run and one that was franchise-led. Three of the four are hitting their sales projections, mostly because they opened in the latter part of the year when states were more open. The fourth location is based in Virginia, a state with tighter restrictions. But given how the other locations have performed with loose regulations, Avery is confident the Virginia unit will bust out soon.

Six locations are planned for 2021. Beyond that, World of Beer plans to open about 12 restaurants per year, and 70 to 75 percent of that will be company-owned. The brand is 46 percent corporately run, and Avery expects that proportion to increase.

“We're certainly open to franchising and want to franchise to the right partners and welcome that,” Avery says. “But I think it would be good for us to end up in a 65/35ish company vs. franchise. The franchise group we have today is fantastic. We have a stronger group today than we did going into COVID. We've got about 15 percent attrition through COVID times in the unit level numbers. But what we're left with today is a much healthier fleet than we were going into it. And I believe as a result of the manner in which our leadership team supported our franchise community, we have better franchise relationships today than we have ever had.” 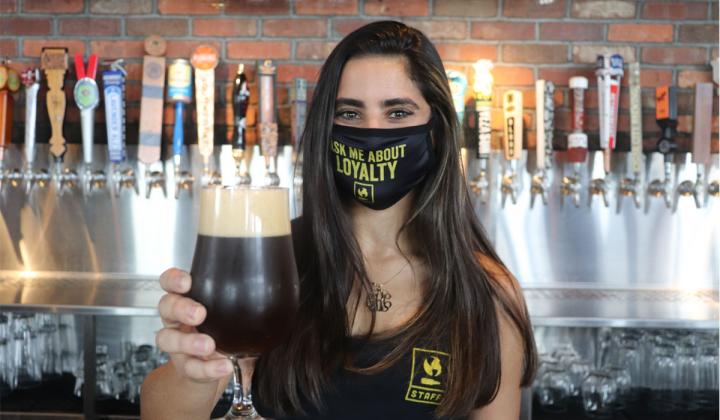 CEO Paul Avery says World of Beer has felt the labor crisis, but not to a significant extent.

A thorn in those development plans could be the ongoing labor shortage. Avery says World of Beer feels the crunch, but perhaps not as significantly as others are. He has seen specific challenges with plywood, fixtures, furniture, and other equipment, so that’s why the chain is moving months ahead on purchasing and deposits to keep openings on track. The CEO also describes inflationary chicken prices as “crazy,” but he says World of Beer won’t compromise on its fresh chicken program.

The brand isn’t in a position where it’s had to close any locations or delay openings because of short staff. There are a few stores that are challenged, but in general, the stability of the management team has kept labor in check.

Although a challenging regulatory environment is ahead, Avery believes the unemployment issue will be short-term as people come off the enhanced benefits. Twenty-five states have announced intentions to end the weekly $300 unemployment boost a few months before it expires in early September.

That obstacle aside, World of Beer is gearing up for a productive summer.

“I expect traffic to turn positive in the next couple months,” Avery says. “I expect our comp sales to remain double digit for a considerable period of time. I expect the operating environment to remain compressed as it's providing less seat in our communities and a greater opportunity for us.”