Getting the portion size right is essential.

Friendly’s Focuses on Kids’ Experience as Part of Revamp

The new menu was tested by summer campers.

Friendly’s, a brand that’s lived for more than eight decades, has gone through dramatic changes in the past couple of years.

The legacy chain—now under 200 units after a height of 850 in the late 1980s—trimmed its footprint to increase profitability and made significant changes across the lunch and dinner menu to increase portion size and quality. It also emerged from bankruptcy in 2012, a path a growing number of restaurant chains engage to clear debt and renegotiate leases.

More change is coming with Friendly's ice cream, which is currently in test. Dennis Pfaff, the brand's chief operating officer, says it was a natural move to revamp the kids’ menu, as well.

The menu has been updated with new offerings like silver dollar pancakes and bacon and egg sliders at breakfast, and fried dough pizza, fish and chips, and two double sliders at lunch and dinner. That’s combined with two new ice cream iterations—a banana split sundae and Works & Dirt Friend-z, which is vanilla ice cream mixed with Oreo cookie pieces and sour gummy worms.

Each of these items were kid-approved in the literal sense. In July, the Friendly’s team brought in kids from summer camp to test the new menu items.

“It’s great for a bunch of middle-aged adults to sit around and decide what should be on a kids’ menu, but it would seem to make sense to actually bring in kids and have them do the tasting for us,” says Gillian Begin, the company’s brand and research manager.

Begin says that because Friendly’s is so well-known for its ice cream, there’s an indulgence component to the menu. She adds that the brand wanted kids to experience the same kind of indulgence their parents experience when they come in for a burger and sundae.

During the taste test, kids tasted 10 main meals and four desserts. The children—8 to 12-year olds who weren’t afraid to give an honest, unfiltered opinion—gave the typical thumbs or thumbs down for each item, and the Friendly’s team learned why some food items worked and why others didn’t. 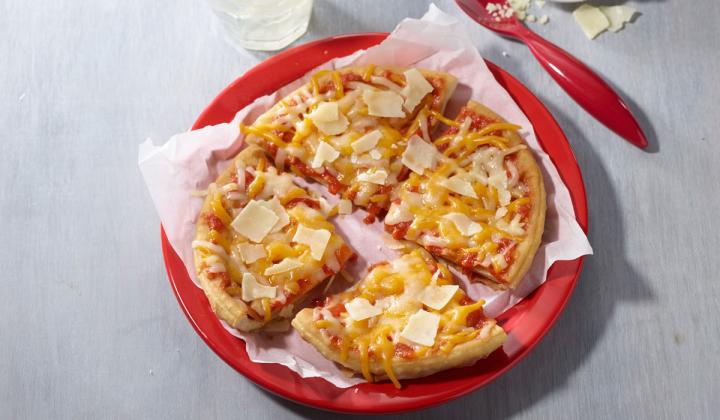 Catering to younger diners is a big part of Friendly's legacy.

Begin says that in addition to the tasting, Friendly’s had in-depth discussions in which the company learned a lot about children’s preferences. They heard different ideas on dining out that restaurant veterans may not have thought of before. One example is fish and chips, which was actually suggested by one of the summer camp kids. Friendly’s added it to the test and based on the reaction, it became a menu offering.

“We weren’t thinking they’d want the adult fish that we serve that’s very popular with adults and sure enough, they loved it,” Begin says.

The cover showcases pictures of double sliders with fries and the brand’s build-your-own sundae option. The food is brought in what Begin describes as a “whimsical, Dr. Seuss-looking wire basket” and placed on a red plate.

The kids’ menu is also two-tiered, with items for younger kids and those approaching the tween age. Begin explains that Friendly’s nixed the tiered menu for a period, but soon realized that one size can’t fit all, so it was brought back as part of the redesign.

“And what that does is allow the older kids to get larger portions,” Begin says. “And most of the development we did with the chef was around this big-kid zone with larger portions and more of like something, ‘I’m a big kid, I want to get something that looks more like what my mom and dad are getting.’”

The menu is in the form of a pocket folder, which serves two purposes, Begin notes. The first is to interact with the children while in the restaurant. The pockets have coloring cards depending on the occasion, such as Valentine’s Day, St. Patrick’s Day, or Easter. The kids can color it and give it to someone, and he or she can bring the colored card back into the restaurant and receive a coupon. 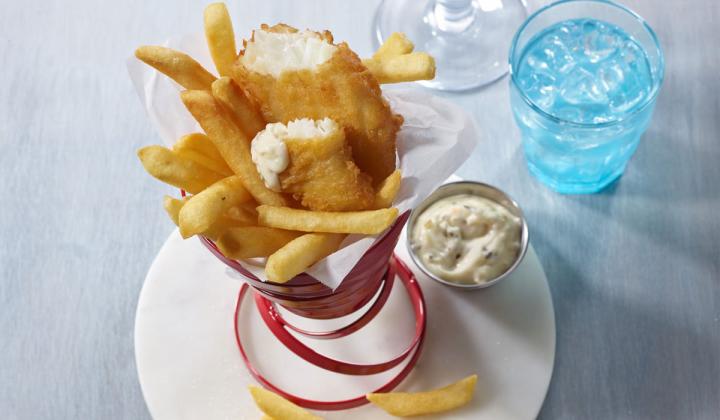 Presentation is a big part of any kids menu.

There’s also communication with the parents. Friendly’s is working with local partners that coordinate family friendly activities to provide flyers or coupons in one of the pockets.

Over the first quarter, Friendly’s is planning on printing tens of thousands of paper copies of the menu so children can take them home.

“We like the idea of being able to give them out to kids and print paper copies like the kind you’d find in Staples and that they would find their ways into kids’ playrooms and after-school programs and into kids’ backpacks where a kid would take it out and the other kid on the bus is like, ‘Where’d you get that? I want one of those folders. That’s really cool!’” Begin says.

Pfaff says the brand used to see a steady decline in kids and families dining out each year, ranging from a 3-percent drop to 8 percent in worse years.

The chain takes note of checks that includes a kids’ entrée—a figure that has been closely watched for years. As the brand started focusing on the kids’ experience late in 2019, combined with revamped offerings, that trend began to turn around. So far in 2020, Friendly’s is trending positively in kid/family traffic for the first time in years.

As for the youth-involved taste testing, Begin expects that method to return in the future.

“Gone are the days where we will sit in a room and plan a kids’ menu and try to make the best decisions as middle-aged adults,” Begin says. “[We’re] looking forward to continuing that kind of conversation to make sure everything we put in front of kids is genuinely kid-approved.”