Cracker Barrel didn’t go after Maple Street Biscuit Company. It was the other way around. A few months ago, Scott Moore, founder of the Jacksonville, Florida-born fast casual, reached out asked if Cracker Barrel would be interested in a deal. Founded in 2012, Maple Street scaled to 28 corporate units and five franchised, but recognized it could benefit from additional resources and expertise, said Sandy Cochran, Cracker Barrel’s chief executive officer.

“While he was prepared to go through a full search process for perspective buyers, he preferred a trusted strategic partner with a long-term perspective,” she said during the casual leader’s first-quarter review.

The result was an October all-cash transaction for $36 million that also affected Cracker Barrel’s seven Holler and Dash fast casual assets. In addition to taking Maple Street on as a high-leverage growth concept, Cracker Barrel plans to convert all of its Holler and Dashes to the brand. Six of the seven should flip “in the coming months,” CFO Jill Golder said.

And it shouldn’t be a dramatic switch. “Our brands share many values and similarities such as made-from-scratch cooking and genuine hospitality,” Cochran said. “Maple Street will be able to leverage Cracker Barrel's resources and expertise. We're committed to preserving the integrity of the Maple Street brand.”

Cochran and Moore first met a few years back when Cracker Barrel was assessing fast-casual opportunities as part of a “extend the brand” strategy. Cochran said Maple Street stood out and Cracker Barrel continued to follow its progress.

Maple Street has targeted average-unit volumes north of $1 million and store-level EBITDA over 17 percent, Golder noted. Current unit economics are below these levels, “but we anticipate achieving the run rate for these targets shortly after we implement a staggered rollout of planned initiatives upon the completion of the integration,” she said.

“We believe Maple Street has strong growth potential,” Golder added. “We are working on the site selection strategy and are refining our estimate for Maple Street's ultimate build out.” The company plans to share more at its investor day in late June.

The integration process is well underway. Cochran didn’t get into specifics during the call, but said it should last until spring, with growth accelerating in the months following. The Maple Street team will relocate to Nashville as part of the change.

With Maple Street in tow, Cracker Barrel’s fiscal 2020 promises to be an eventful year. For one, the company is suddenly a multi-concept organization with two complementary growth vehicles alongside its 660-unit flagship.

To date, Cracker Barrel has loaned the Denver-based chain $30 million ($15 million last year). Another $20 million is on the docket for 2020.

Cracker Barrel shared previously it believes Punch Bowl Social can hit 100 locations from the 18 it has today. The company did, however, recently close a Fort Worth store Golder said “was a selection site issue.” 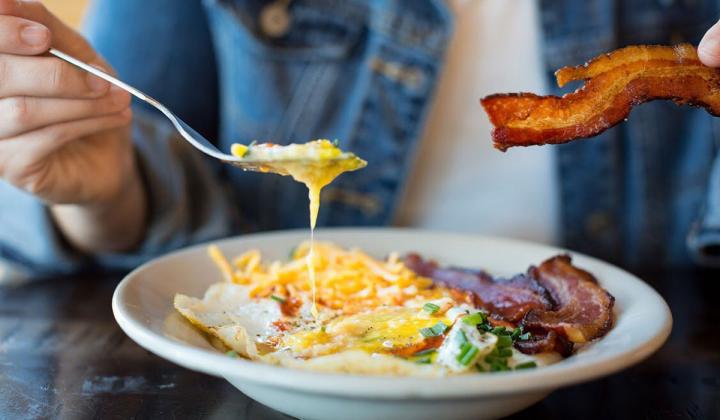 Maple Street was founded 2012 in Jacksonville, Florida, by Scott Moore and Gus Evans

There could be some additional bumps along the way. “As a reminder, it’s a new brand,” Golder said. “Many of the stores haven’t even been open three years. So, we’re getting a fair amount of learning, specifically around sales trends. There’s a number of sales drivers in this brand.”

Punch Bowl Social, same as Maple Street, hit the market in 2012. But given its massive footprint and experiential model (shuffleboard, bowling, pinball, etc.), it’s a far costlier setup. It also reports targeted average-unit volumes in the $7 million to $8 million range, with new unit store-level EBITDA excluding preopening of 17 percent or higher. The brand plans to debut an additional six restaurants by the end of 2020. It differs from some category competitors by generating nearly 90 percent of its revenue from food and beverage.

Punch Bowl Social will continue to operate out of Denver under the direction of Robert Thompson.

Cochran said the company was disappointed the Fort Worth unit, a smaller-box restaurant, had to close. “And we’re partnering with the team at Punch Bowl to understand better all of the situation and to improve that process,” she said of the scaled-down footprint, which Cochran doesn’t believe played a role in its shuttering. “But as Jill said, it's a young brand. There's going to be learnings, we will continue to learn, continue to update the guidance. But we continue to believe that PBS has significant growth potential, and I think it's positioned to become a leader in the segment.”

Returning to Maple Street, Cracker Barrel expects to open one location this year as it converts Holler and Dash over in tandem. Total, there will be seven more Maple Street designed restaurants by year’s end.

Cochran said the company’s experience with Holler and Dash reinforced its desire to play in the fast-casual space. And Maple Street was an attractive way to grab share, quicker. Both concepts are biscuit focused and promote comfort food. They’re open for breakfast and lunch. And the footprint mirrors back and forth, too, with urban suburban locations and a demographic of millennials and Gen Zers.

“So, given their number of units and success and where we currently were in the Holler and Dash path, we felt that the conversion of Holler and Dash into Maple Street would accelerate our penetration in the category,” she said.

Maple Street is known for selling biscuit dishes at flat-dollar prices and is not open on Sundays. It uses premium ingredients such as fried goat cheese, sausage and shiitake mushroom gravies, and makes jams and jellies in-house, as well as biscuits. Fresh-squeezed orange juice and mimosas are available at select stores. The brand also features salads, bowls, waffles, artisan coffee, and other Southern-focused items, like fried green tomatoes and collard greens.

“We believe Maple Street will serve as a growth vehicle that complements Cracker Barrel by accelerating our penetration in this segment, while providing increased exposure to urban and suburban markets and to the millennial and Gen Z cohorts,” Cochran said. 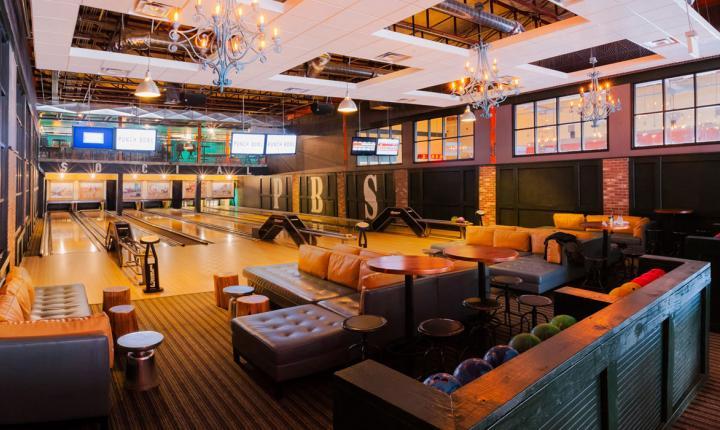 What’s happening at Cracker Barrel itself?

The brand produced same-store sales growth of 2.1 percent, year-over-year. But it was comprised of 3.6 percent average check and negative traffic of 1.5 percent.

Cochran said Cracker Barrel’s guest counts were “softer than expected.” It also came after the brand achieved its best performance in at least two years.

For the quarter, the company reported total revenue of $749 million, an increase of 2.1 percent from last year’s $733.5 million. Restaurant revenue upped 2.7 percent to $607.1 million, while retail revenue dipped 0.4 percent to $142 million. The overall figure was primarily driven by comps growth and the net opening of four Cracker Barrels.

The menu promotion also included a Homestyle Chicken BLT sandwich and was supported by six weeks of national TV media. After some traffic and messaging missteps last year, Cracker Barrel has gone heavy into food and value in recent periods. Hand-battered breaded tenders are coming next, probably next fall.

In Q4, Cracker Barrel also expanded third-party delivery coverage and is now live across 600 or so stores. It added catering vans as well, bringing the chain’s total to 235. As always, expect to see Cracker Barrel’s off-premises sales spike in Q2 as Heat n’ Serve options take holiday center stage. The brand has dished nearly 4 million pounds of turkey on Thanksgiving since 2010.

Another initiative to watch is Cracker Barrel’s dinner menu initiative, which is currently active in just 70 stores. Essentially, the big note is that the chain added a breakfast call out on the menu highlighting that fact it serves all day. Guests can order breakfast from morning to night currently but they typically need to ask a server for the menu.

“So that largely made it just easier for our guests that wanted to order breakfast as well as easier for our servers who now don't have to put two menus down for the lunch dinner time and only one, unless asked,” Cochran said.

Cracker Barrel plans to launch the first changes from the initiative “sometime next spring.” More tests will come after the holidays, with modifications to follow.