As of Wednesday, about 80 percent of the brand’s units, including 166 Cheesecake Factorys, were operating with reopened dining rooms at limited capacity.

With dine-in quickly returning, optimism is running high at the casual icon.

Did the idea of simplifying or scaling back its menu occur to Cheesecake Factory president David Gordon over the past year? Really, it’s been an ongoing question for some time, even before COVID-19. But the dynamic of closed dining rooms and the takeout/delivery surge surfaced it again. Chains across the casual arena, from Outback to Darden, did so in an effort to control costs and improve execution with off-premises. Yet crisis or not, Gordon wasn’t going to let the brand cede long-term ground for short-term benefit. Simply, it’s not who The Cheesecake Factory is.

An encyclopedia-thick menu with no veto vote in sight wasn’t going to vanish alongside dine-in service. And it’s a key reason Gordon believes the brand skyrocketed sales outside its four walls to levels that would eclipse entire restaurant chains.

Cheesecake Factory produced a mixed bag in Q4 as total revenues came in at $544.6 million compared to $694 million in the year-ago period. However, performance was largely tied to external drags—which restaurants could serve guests inside and outside, or just outside, and which were mandated to off-premises-only business. Same-store sales systemwide declined 19.5 percent, year-over-year, in the period. But so far in Q1, up to February 16, comps are down just 9 percent at stores with reopened indoor dining rooms.

While these figures are relatively common of late for sit-down chains, there’s optimism hovering for Cheesecake Factory. It stems from the fact those dine-in locations got buoyed by 40 percent off-premises sales mix.

So why could Cheesecake Factory be headed for a significant jump on the backside of COVID? In the last week of December, there were a “handful” of stores with capacity constrained indoor dining that generated more than $300,000 in sales, Gordon said. Some off-premises-only venues produced $170,000 that week.

In turn, at restaurants with no dine-in or outdoor service, Cheesecake Factory produced nearly $5 million on average, per unit, on an annualized basis during Q4. Just from takeout and delivery. Among the top 50 grossing full-service chains in America headed into the year, $5 million would have ranked 14th overall, just behind Olive Garden ($5.045 million) and ahead of Miller’s Ale House ($4.865 million).

And notably, locations with reopened dining rooms maintained about 90 percent of their elevated COVID off-premises sales in Q4, Gordon added. By the numbers, that’s $3.6 million, per unit, per year, from average weekly off-premises business. Or nearly the equivalent of adding an Outback Steakhouse.

“We believe the magnitude of these sales volumes underscores the tremendous brand affinity for the Cheesecake Factory, and that we are well positioned to recapture pre-COVID sales levels as dining restrictions ease,” Gordon said. “In addition, we continue to believe that a meaningful increase in off-premise sales could be a longer-term sales driver for the Cheesecake Factory as we emerge from the pandemic.”

This goes back to Gordon’s earlier sentiment. Cheesecake Factory’s breadth of menu enabled it to differentiate in the off-premises channel, just like it did with dine-in before COVID. Although the reasons are a bit different. For one, it’s unlocked order frequency and repeat business, Gordon said, since Cheesecake Factory doesn’t bank on a single product (although cheesecake, naturally, has been one of its highest delivery draws). 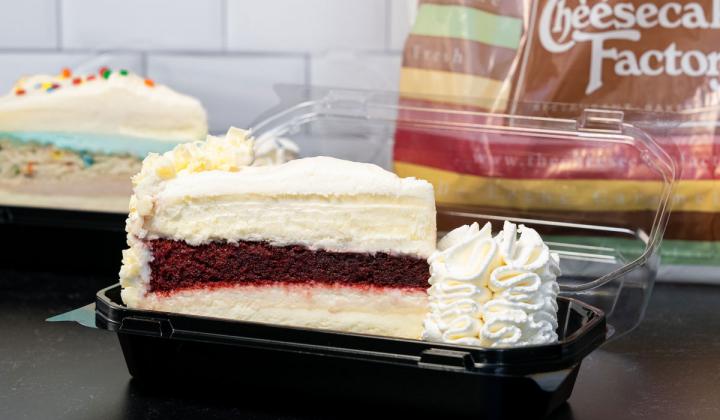 “If you're going to do continued strong sales in off-premise, you can't disappoint guests. You have to get it right the first time,” said David Gordon, Cheesecake Factory president.

EVP and CFO Matt Clark said the brand’s variety allowed it to target dayparts in ways many competitors couldn't. It can market and drive awareness to burgers, for instance, to trigger a lunch occasion generally dominated by counter service. “People realize that the value premise there costs the same as if you go to a fast casual, right?” he said.

On value, simply having such a large menu gives Cheesecake Factory opportunity to present a wide range of price points—something Gordon stressed the importance of in markets where wage pressure continues to ratchet up. “So even as we're taking more price maybe in California or in the state of Washington or in the city of San Francisco, you can still get great value across the menu, whether you want to spend $31 or you still want to spend $12.95 or $13.95 and get a hamburger or a sandwich or a salad,” he said “The breadth of the menu gives us a competitive advantage from a pricing perspective as well.”

With the scope of price points and sheer size, Gordon says families can order “easily one, two or three times a week.” And if they would rather indulge less frequently, they can piece together something for everyone, for however much they want to spend.

“If you're going to do continued strong sales in off-premises, you can't disappoint guests. You have to get it right the first time,” he said.

Gordon doesn’t see any reason why off-premises gains won’t stick down the line, at least to some elevated degree compared to pre-virus life. He often references his parents as a case study. They never ordered to-go food before and now do so all the time. They had to trial it when dining rooms shut down. Once through the door, however, they realized the convenience. “And along with continuing to go out to eat, I think they’re going to be more included to continue to order to-go once things get back to ‘normal,’” Gordon said.

Cheesecake Factory restaurants today, even those at 75 percent capacity with short wait times throughout the week, are maintaining healthy off-premises gains. What this signals to Gordon is a broader shift that’s nothing new to Cheesecake Factory. Something it tried to address in February 2020, on the doorstep of COVID, when it started taking reservations for the first time. People are pressed for time and will be after the pandemic clears. They’re going to seek convenience when they’re not valuing experience. “And a lot of the technology that has enabled off-premises to be executed in a much more seamless way for guests, I think is what's changing a lot of that behavior and will continue to be changing that behavior,” he added.

“[Consumers are] going to have still two people working at a household, and so some of those behaviors they've learned, I don't see any reason why they won't stick,” Gordon said. “And I think that those brands that execute well and have a great offering, will be the ones where perhaps an additional occasion, along with coming to dine-in and additional occasion at home, will continue to be part of the course.”

Of Cheesecake Factory’s 43 percent off-premises mix in Q4, delivery accounted for 40 percent, online ordering 30 percent, and phone/walk-in the other 30 percent. 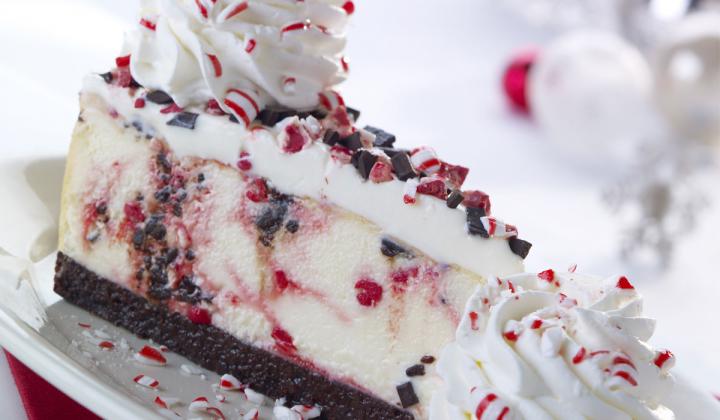 The size of Cheesecake Factory's menu has helped it become an off-premises powerhouse.

The good news for Cheesecake Factory as well is that it’s not going to need a physical makeover to keep this going. Its massive restaurants were designed to produce 8–10 percent in off-premises volume, Gordon said. Units generally feature a cashier or two working in the bakery section, where to-go business is handled. That’s helped it over the past year.

But the brand took infrastructure and layered in technology during COVID. Things like texting guests when their order is ready so they can wait in their car. Doing so lessens bottleneck pressure inside restaurants. There are specific stations for DoorDash drivers to pick up, too. Cheesecake Factory’s heavy mall footprint has actually opened up some space for people to wait without walking in.

“Part of the beauty of the economic model is to capture on- and off-premises. There is a fixed component of a Cheesecake Factory because, as we've noted, we have bigger kitchens. We don't really want to limit the offering because that's part of the magic,” Clark said.

Essentially, it’s unlikely Cheesecake Factory will consider smaller off-premises-focused boxes in its future growth plans, like some other brands are. Clark said they’d “have to look long and hard to see if it actually made sense.” The brand would rather open larger units where it could blend the business.

“I think that would be more interesting to us to find ways to get into more markets maybe because the off-premise has become permanently elevated, but that we would still tend to want to have the full offering to full kitchen, etc.,” Clark said.

During COVID times, the reality looks as follows: For units with reopened indoor dining rooms (Q1 to date) same-store sales are down just 9 percent, as previously noted. It equates to about $10 million AUVs. Notably, the sales volume level exceeds what Cheesecake Factory saw in October as restaurants began to recover.

The lift was provided by the 40 percent off-premises mix, which on a dollar basis exceeded prior peak off-premises sales volumes seen earlier in the pandemic. In other words, Cheesecake Factory is producing more takeout and delivery sales today than ever.

Restaurants with patios only (no inside service) are hovering at 90 percent prior-year averages so far in Q1. Weekly sales for these stores amount to roughly $9.1 million on average, per unit, on an annualized basis. And that’s during the middle of winter.

Cheesecake Factory has even seen off-premises-only locations accelerate in Q1 to a $6 million per year pace. Returning to the earlier comparison, $6 million would have ranked eighth at the end of 2019 for AUVs. More than a Brio Tuscan Grille ($5.833 million) and Ruth’s Chris Steak House ($5.625 million), and trailing Maggiano’s ($7.905 million).

“You've got to believe that as long as we keep some of that between where we were and where we are now and the capacity returns that we're going to be in a really good position for sales once that happens,” Clark said.

Moving forward, the company believes it can open as many as 12–15 locations in 2021, including two to three Cheesecake Factorys, six North Italias, and four to six FRC restaurants (one to two Flower Child locations). It expects $100 million to $105 million in CapEx to support this level of unit development, as well as required maintenance.

In the interim, Cheesecake Factory is working to install air filtrations in all locations by the end of February. The new system uses bipolar ionization to actively clear the air and help kill bacteria and viruses while reducing allergens and other airborne particles.

Importantly, third-party testing showed it could effectively reduce pathogens, including the coronavirus train that causes COVID.

It’s also offered hourly staff PTO for vaccine appointments, Gordon said, and is encouraging all staff to get vaccinated when available.