Applebee's has tried 25-cent boneless wings and an all-you-can eat deal this year.

The casual chain believes it's found the right formula.

The question surrounding Applebee’s these days is a pragmatic one. And it’s something competitors are asking as well as investors. Can the casual giant push this level of value forever? Can it tout offers, like 25-cent boneless wings, All-You-Can Riblets for $14.99, dollar cocktails, $7.99 bowls, and so on, long-term and remain profitable at the restaurant level?

The answer can be found, the company said, in a lesson from sister brand IHOP. Jay Johns, the pancake chain’s brand president, said Monday during a conference call only 10–20 percent of guests (depending on the offer) actually buy what’s being promoted. “The difference, though: These value seekers and people who want value, it made the difference on whether they get off the couch or not,” he says. “That can be the difference between being down 2 percent in traffic and up 2 percent in traffic.”

At its foundation, this is the strategy fueling Applebee’s into 2020—will it be able to inspire people to come to the restaurant instead of going somewhere else, especially in a casual-dining segment jostling for a shrinking customer base?

Where Applebee’s went wrong in the past, president John Cywinski said, is when it lost sight of the “value seeker.” Naturally, the remedy is not so cut and dry, or every restaurant chain in the country would deep discount its way to positive traffic.

One area many brands stumble, Johns said, is by trading down everybody who walks through the door. While this might sound offbeat, the goal isn’t necessarily to get those value-minded guests to buy the new product. At least not all of them. Otherwise, balancing positive traffic and profitable traffic becomes an impossible task, which is a particularly bad recipe for a heavily franchised system like Applebee’s and IHOP’s.

Q2: A menu misstep sends Applebee's back on the value track

Q1: Applebee's looks to build a brand of high-performers

BACK TO THE START: Where the comeback began for Dine Brands

“Sometimes you can actually make—use an example, you make a one-tenth or two less on a percentage of profit, but you drive in enough traffic, you've flown more dollars to the bank, and that's what the franchisees care about, is having money,” Johns said.

Roughly 40 percent of IHOP’s guests are what you’d consider a “value seeker,” meaning the chain needs to have some type of relevant offer to bring customers in more frequently. “I think the guests need to know that we have that,” Johns said. If not IHOP, they’ll look elsewhere.

For Applebee’s, winning with value boils down to this, Cywinski said: The chain needs to create an architecture around deal programs that leads with franchisee input. “We don’t do this in a vacuum,” he added. Testing and validating offers, and keeping operators in the mix along the way.

Consider the dynamic between the percentage of guests who come into the restaurant and order a deeply discounted item and the percentage who order from a full-margin section. That’s the target Applebee’s circles during planning. “We believe we can continue to be successful. It's important we communicate overt value when we have it,” Cywinski said. “Overt value isn't always price alone. We believe price is critically important to the value seeker as little discretionary income but abundance and innovation, also important to us.” 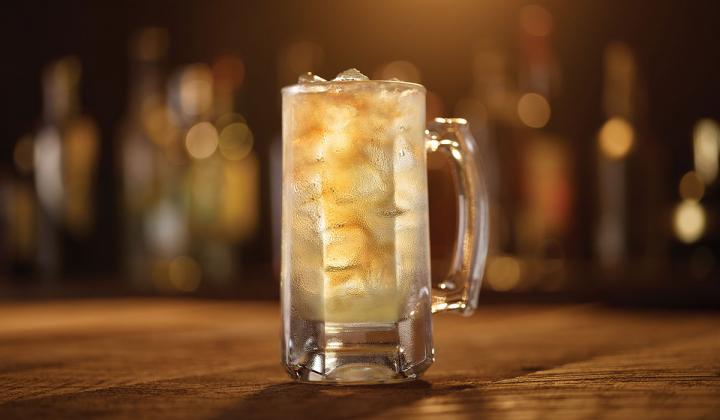 Dine Brands CEO Stephen Joyce said Applebee’s value deals are designed to increase margin as they lift traffic. Abundant value, strong price points, and driving visits in a balanced fashion through a combination of “mild price” increases as well as mix management. In that strategy, pricing goes up, but not because of strict dollar changes. Rather, Applebee’s effectively highlights different menu items so it can influence where the customer goes. They come in for the discount, order more premium items or return later to try them, and check goes up.

If the brand regularly presents abundant value at aggressive prices and still achieves that, “we are going to win in the marketplace,” Joyce said.

Here’s a look at what happens when Applebee’s misses its value mark.

The $7.99 “Irresist-A-Bowls,” for example, which landed in late January and featured options like Crispy Orange Chicken and Tex-Mex Lime-Grilled Shrimp, were well received by guests and operators. And it’s the type of program “we’re hanging our success factors on,” Joyce said.

Applebee’s has a “lot of dry powder,” with this, Cywinski added.

“We do from a beverage standpoint, we do from a culinary standpoint, and marrying that right relevant message with the right demographic, within the right occasion framework, understanding the drivers for those guests is really important for us,” he said.

Cywinski joined Applebee’s in March 2017 for the second time, leaving his post as EVP of Brinker International. He also spent roughly four years at KFC. Previously, Cywinski clocked in as Applebee’s CMO and was responsible for the chain’s Carside To-Go and “Eatin’ Good In The Neighborhood” initiatives.

So, he brings an interesting vantage point to Applebee’s value design and how to accomplish the aforementioned goals. Beyond the value product and execution, Cywinski said content needs to be strong, too. “The advertising must be compelling and you must have the media muscle to drive incrementality, right?” he said.

This is somewhere Applebee’s can flex versus competitors. “I'm not sure if you look across the landscape, in particular, it's smaller players without scale, that they have the ability to do that on a consistent basis,” Cywinski said. “You can engineer a proposition to be attractive for a guest, but if you don't have the muscle and the effective communication to drive awareness and trial and repeat, you're going to fail in that proposition.”

The topic of value carried throughout Monday’s fourth-quarter and full-year review. Applebee’s same-store sales declined 2.5 percent, year-over-year. The result measured against its own strong 2017 and 2018—a two-year comp hurdle of 4.8 percent that marked the highest Applebee’s has faced since 2012. For fiscal 2019, the chain’s same-store sales dropped 0.7 percent while rolling a 5 percent bump from the prior year.

A look at the same-store sales track:

Dine Brands as a whole came out with quarterly earnings of $1.78 per share, which beat Wall Street estimates of $1.68. The company posted Q4 revenues of $227.51 million compared to year-ago figures of $215.20 million. IHOP’s same-store sales climbed 1.1 percent—its eighth consecutive period of positive gains.

Notably at Applebee’s, the chain’s franchise base reduced by net 17 restaurants in the period (16 closed internationally and three domestic, to go along with two openings), giving Applebee’s 1,787 total restaurants as of December 31. In the U.S., there are now 1,665 locations.

This concluded, Cywinski said, a three-year strategic initiative to close about 200 underperforming restaurants. Moving forward, the brand will target no more than 10–15 closures per year, he said. Additionally, after three years of navigating royalty and advertising bad debt, Applebee’s begins 2020 with a healthy franchise system and no material delinquencies.

It’s an important piece of this value debate because it promises more stable and predictable income streams as well as a fully funded 4.25 percent national marketing plan, Cywinski said.

Also, perhaps less tangibly but equally vital, the franchisees still on board are, in fact, on board with Applebee’s “need to remain relevant among value seekers throughout the year,” Cywinski said. The performance gap has narrowed. 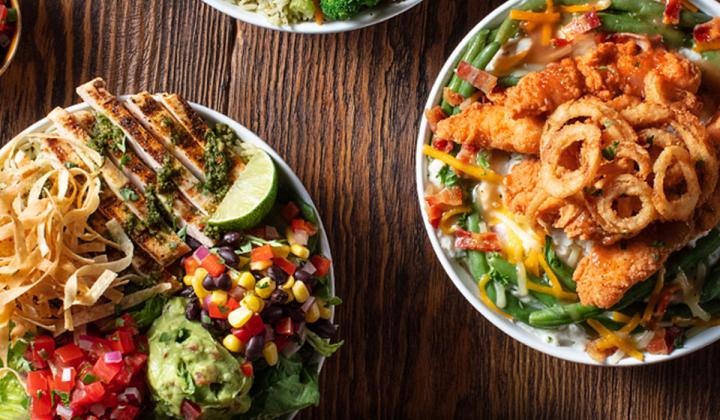 Applebee's $7.99 “Irresist-A-Bowls" came in at a price point that worked for customers and franchisees.

“This provides great clarity as we develop and execute our tactical plans here in 2020,” he added.

Put in other terms, Applebee’s had little chance of implementing real value strategy through its previous system, which was weighed down by low-volume units and overleveraged operators.

Within the last six years, Applebee’s remodeled about 90 percent of its base. Distressed assets, or those that “didn’t look good from a consumer standpoint,” were removed during the multi-year retraction, Cywinski said.

He noted Applebee’s is in a position today, for the first time several years, to have real conversations with current franchisees about new unit development. The company plans to incentivize “significant development” over the next couple of years, Cywinski added. And not just with existing operators, but with new, growth-minded franchisees as well. It’s a discussion that hasn’t really taken hold at Applebee’s in some time. The brand had 2,016 U.S. locations in December 2016.

Tablets are coming as cost-savings roll

One of Applebee’s biggest initiatives during this stretch took place on the P&L. The brand’s cost-reduction strategy achieved a 65-basis-point cutback in 2018 followed by 135-plus-basis point improvement in 2019. Cywinski said it mostly stemmed from food related savings, with a focus on commodity renegotiation and operational food cost management. Off-premises packaging changes factored in as well.

With labor, the company has worked with franchisees, he said, to implement disciplined forecasting and scheduling tactics in addition to just-in-time portioning, which helps eliminate some prep hours throughout the week.

Servers tablets are ready to roll to 400 or so restaurants, Cywinski said. These will be key to offsetting labor pressures in high-wage markets and could expand further based on how the pilot performs.

Of 2020’s additional expected 75 basis points of savings, Applebee’s said roughly two-thirds will flow to franchisees’ bottom lines. The rest will go back into the business “in very specific menu quality improvements.”

Cywinski said the brand expects delivery growth to slow this year as penetration matures and guest adoption stabilizes. But that’s not a bad place to be, necessarily. It means more of marketing-driven growth and less penetration-driven growth, “which bodes well, very well for Applebee’s,” he said.

“…  I believe we're best positioned in the off-premise market, given our menu variety, value orientation, operational improvements, youthful demographic, and the fact that we're generally right around the corner with more than 1,600 locations,” Cywinski said. “Simply stated, Applebee's wins the convenience battle over the long haul. To reinforce this relevance, we just posted our highest digital sales day ever 10 days ago on Valentine's Day.”

Joyce also brought up catering, which he called “the next area of growth for both brands.” The potential for Applebee’s will be at dinner. IHOP, breakfast. Today, nearly 900 IHOP restaurants are signed up for the channel. At Applebee’s, average checks are coming in north of $100 for catering versus $30 in-store.