Brass Tap signed roughly three dozen franchise agreements in 2021 and boasted a pipeline of about 75 restaurants.

The beer chain is winning over operators with a new menu and brunch program.

With COVID serving as the harshest of backgrounds, 2021 was arguably the best year in the Brass Tap’s 14-year history.

Through mid-October, the 45-unit chain saw same-store sales lift 14.4 percent compared to 2019 and 59 percent year-over-year. Its Brew Crew loyalty club had increased membership by 50 percent since early 2019, with roughly 1,800 customers added to the program per month.

In terms of development, Brass Tap signed roughly three dozen franchise agreements in 2021 and boasted a pipeline of about 75 restaurants. The sales-to-investment ratio is inching closer to 2:1, and prime costs are in the low 50s as a percentage of sales, which CEO Chris Elliott describes as industry-leading numbers. 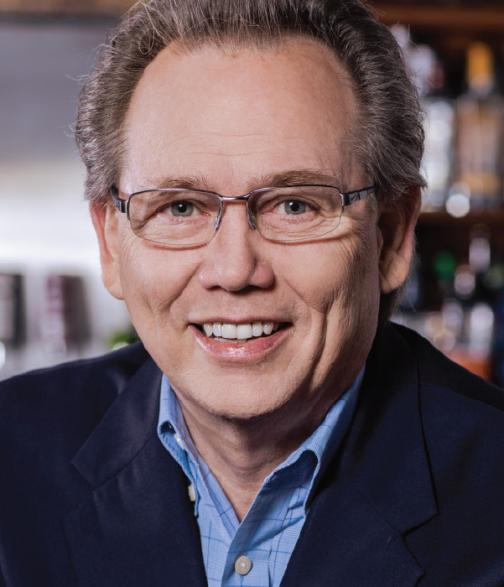 “The unit-level economics are very strong,” Elliott says. “Even in this inflationary environment, even with everything that’s happening to sort of suppress margins in our industry, the way the Brass Tap is built, it still produces industry-leading unit-level economics. And so the word is getting out about those things, which I think is generating a lot of this new interest in the brand.”

Elliott, a near 40-year industry veteran, is also the CEO of sister concept Beef O’Brady’s, though the two are well differentiated. Where Beef O’Brady’s bills itself as a family sports restaurant, Brass Tap leans into its alcohol program, which includes more than 40 beers on tap and 300 bottles. In fact, the brand’s first three locations opened without a kitchen or food menu.

Elliott owes a portion of the current growth to a “COVID demand snapback,” but the degree to which that is true can be difficult to parse out. For a clearer picture, the CEO points to the latest iteration of Brass Tap’s food menu—a rollout that began nearly two years ago when the pandemic first arrived in the U.S.

Since then, its culinary focus has evolved over the years, with the most recent goal being to elevate quality above what’s considered bar food. To achieve this objective, the concept onboarded consulting chef Jason Brumm, who had experience in the high-end bar segment. The industry veteran was tasked with refining quality and presentation, expanding the shareables category, and filling gaps in the menu. Brumm had to balance these requests with minimizing new SKUs and keeping execution as simple as possible.

Elliott says many of the products are similar items, but with an improved protein or different sauce.

“Even though Brass Tap is a craft beer bar, we wanted the food and the menu to be at a level that you would see consumers come in at some point just for the food, whether they plan to drink or not, they come in because the food was good enough to bring them in,” Elliott says. “And basically since we rolled out this menu, based on our growth and our food sales as a total percentage of sales, I think we’ve accomplished that.”

Amid the launch of the new food menu, Brass Tap also layered in a new brunch program, an idea that came from a franchisee in Houston. Elliott explains the operator opened a unit that fell short of expectations, but he accelerated a comeback effort with a three-hour weekend brunch program.

Weekend sales tripled, and that caught the attention of Brass Tap leadership. The team traveled to Houston, observed the new daypart, and brought the concept back to headquarters. After refining the program and developing training materials, the chain started a systemwide launch in Q2 of 2021.

As of mid-October, 40 percent of the footprint had implemented brunch. Among that group, sales increased 13 percent on average. Some of the notable items include mimosas, sangria, waffles, biscuits, burgers, and burritos.

“It’s a very powerful program,” Elliott says. “Once we get past the staffing issues that the industry is suffering from, I think everybody will roll out that program. It’s really made a significant difference in the stores that have done it.”

Multiple rounds of innovation are catching the attention of operators nationwide. In 2022, Elliott expects Brass Tap to sell 30 to 35 franchise deals and open between 12 and 15 new stores, a pace he believes the chain can maintain going forward if supply chains start to normalize.

Elliott says Brass Tap is completely focused on growing the franchise community and supporting owners. The chain only has two company-run stores, one of which opened in 2020 as a prototypical model for prospective franchisees to visit when the brand hosts discovery days. The store is 3,200 square feet and has enough room for 120 seats, a full-sized kitchen, and the brand’s wall of 60 taps. That is coupled with an 800- to 1,000-square-foot outdoor patio. The model also produces north of $750 in sales per square foot.

The CEO cites Dallas, Houston, Virginia, Maryland, and New Jersey as key growth markets. There’s also much interest coming out of unsaturated California. The Golden State has proved to be profitable; in spring 2021, a Brass Tap in Modesto, California, hauled in $79,000 during its opening week, a new company record. The restaurant had finished construction last January, but was delayed by three months due to COVID, causing the unit to benefit from pent-up demand, Elliott says. He adds that the store is positioned in a favorable location without much competition and run by “A-plus” franchisees.

“You’ve got a great franchise, you’ve got a great location within the market, and you don’t have anything that directly competes with you; I think it really sets you up for success,” Elliott says. “We can duplicate that—hopefully—many times.”

This year, Elliott predicts the chain will reach an unprecedented $1.5 million in AUV, so long as the brand continues to drive comps, pick reputable franchise owners, and debut in profitable trade areas.

“We’re pretty confident,” Elliott says. “We feel great about where the brand is. The recent performance … coming out of COVID has really given us a lot of confidence that this brand has a lot of growth. We’re currently in 15 states, and it works everywhere.”