Lunch and late-night dayparts remain the most challenged for BJ's.

BJ’s Restaurants Looks to Bring Back Staffing Levels By November

The No. 1 thing standing in BJ’s Restaurants’ way on the path to restoring sales remains the staffing crisis, CEO Greg Levin said during Thursday’s earnings call.

The casual chain intended to be fully staffed by the end of Q3, but in light of growing concerns around the Delta variant, hiring didn’t pick up as much as predicted in August and September.

In all, while sales increased 41.9 percent versus 2020 in the quarter, same-store sales finished down 0.5 percent compared to the same period in 2019. Specifically, comps were up 1.4 percent in July, down 1 percent in August, and fell 1.7 percent in September compared to 2019. The same quarter in 2019 also saw numerous promotions, which likely drove sales upward. Total sales were $282.2 million in the third quarter of this year.

Lunch and late-night dayparts remain the most challenged, a fact that weighed on BJ’s same-store sales by more than 3 percentage points.

But based on encouraging trends, Levin said BJ’s goal now is to be fully staffed by early November. Staffing at stores today sits around 90 percent of pre-pandemic levels.

About half of all units had higher staffing levels similar to 2019 by the end of the quarter, a 10-percentage improvement since Q2. And the difference is stark between restaurants that have navigated the labor shortage and those that haven’t. Restaurants with comparable staffing levels to 2019 saw an increase in same-store sales of more than 5 percent versus 2019. Excluding restaurants that were 20 percent or more behind 2019 staffing levels, comps would be positive low-single digits, Levin said.

“I think everybody in the industry continues to figure out how to deal with the employee challenges out there,” Levin said. “And I'm not sure anybody has come up with the magic pill yet. And we hear all the different initiatives out there. And believe me, we do them as well from that standpoint. Maybe we don't celebrate them publicly as much as other companies do in that regard.”

These seldom-spoken about initiatives include team member appreciation events, raffles, referral bonuses, and more. One feature that Levin believes will be vital to attracting and keeping employees is predictive scheduling.

Levin says employees aren’t running from one job to another because of a minimal pay increase. It’s about the balance in restaurants, within kitchens and within dining rooms. Predictive scheduling can ensure employees feel better taken care of.

“A lot of team members would like to have more predictability and be able to work around certain parts of their schedule,” Levin said. “I've always been a believer of this. It's about the culture within the four walls of those restaurants. And we spend a lot of time with our general managers, teaching them to take care of the team members from a culture standpoint.”

When it comes to inflation, BJ’s margins have left the brand waiting for the better days of supply chains to arrive, especially because of the types of products BJ’s customers are drawn to. Restaurant-level operating margins were 11.2 percent in Q3, 170 basis points better than 2020 but 230 basis points worse than 2019.

Levin is hopeful the supply chain will start to flatten out moving into next year as BJ’s has already seen some fresh meat costs tick down.

“Guests are really gravitating much more toward the comfort foods, more in the red meat,” Levin said. “That had an outsized impact on us and the fact that we use fresh makes it a little bit more challenging to contract.”

Any rise in commodities can shake a brand’s accessibility from a price-point angle, he adds. BJ’s has been purposeful in keeping price increases low.

“Once you've taken pricing and you've lost that price-point affordability with your guests, you don't get it back,” Levin said. 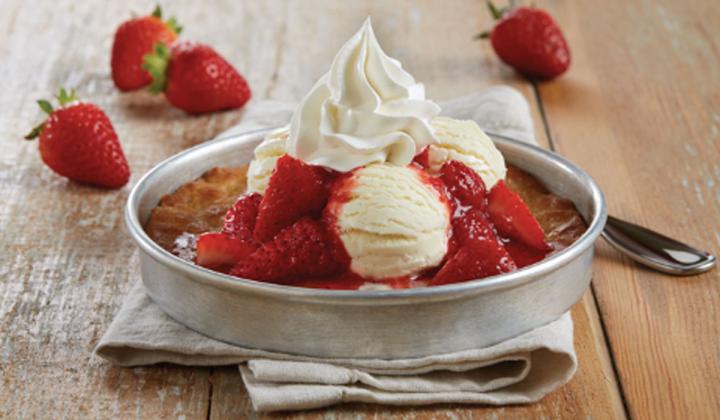 BJ’s will roll out its next general menu in February, which is when the brand expects to evaluate prices again. It would rather see supply chains begin to normalize, gain a better understanding of where labor is tracking, and then take the appropriate pricing in order to maintain leverage, Levin said.

In July, BJ’s jumped 2.5 percent in pricing, marking the higher end of the brand’s rounds, but still below inflationary levels. The brand plans to take 1.4 percent more in the coming weeks amid increased food costs.

Off-premises sales continue to be an integral aspect of BJ’s recovery. With an additional boost outside the four walls along with staffing improvements, Levin feels confident BJ’s has the ability and opportunity to get back to more historic margins.

“I think as our country works through some of these supply chain bottlenecks and we get back to a more even business, so to speak, or more settled footing on the economy, I have no doubt that we can continue to leverage our business and move it forward to historic margins,” Levin said.

His confidence stems from a few factors. During a project that spanned several interviews with BJ’s best guests, Levin said customers raved about BJ’s “gold standard level of service” and its “value and breadth”

“Our most valuable guests view BJ's as an escape from their ordinary day, and they come to BJ's for all types of social dining occasions,” Levin said. “Armed with a deeper appreciation of our best guests and our attributes that attract them, we can more effectively target and drive even more brand affinity and traffic to our restaurants.”

In the first week of October, sales were down 3 or 4 percent relative to 2019. But last week, BJ’s finished with positive comp sales at 0.2 percent, and weekly sales ticked back up into the $105,000 to $106,000 range. This is noteworthy because October is generally BJ’s lowest weekly sales period of the fourth quarter.

Levin expects this to trend upward as BJ’s hires more people and customers return to dining rooms, assuming a new variant of COVID does not rear its head. He predicts labor inflation to still be in the mid- to high-single digits, although it seems to be abating a bit.

There’s reason for optimism, he says. Earlier in the year, applicants would book interviews and never show up. Now there’s significantly more interest.

Still, there are difficulties in even bringing on these new employees. If BJ’s is down 30 people in one restaurant, the new staff can’t all be trained in one week. Only a maximum of six or seven people can be trained at one time, per restaurant. And compared to Q3 in 2019, training and overtime hours impacted labor by 70 basis points. Still, as BJ’s continues to add more team members, the company expects the additional labor costs to be offset by increasing profits from sales fully staffed restaurants drive. 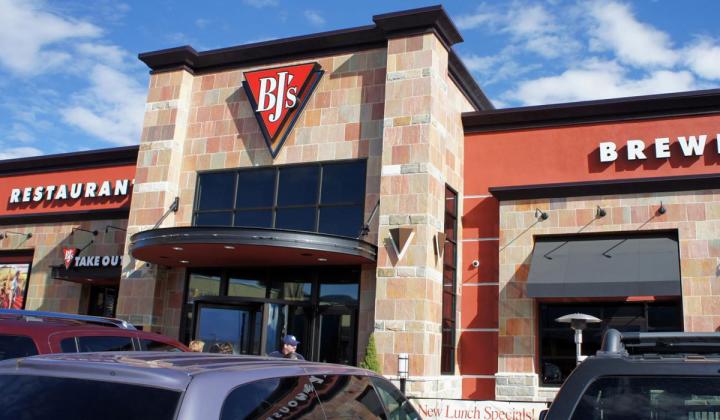 The units that face the greatest challenges are those without sister BJ’s restaurants nearby to support staffing needs.

Many restaurants facing labor setbacks have had to operate on a limited menu and close doors an hour or two earlier. In fact, BJ’s restaurants shut 1.3 hours earlier on average and lost 25,000 operating hours across the system compared to 2019.

More than 20 percent of BJ’s Restaurants operated with limited menus, too. These offerings end up with smaller average check sizes and miss out on late-night business. Again, Levin aims to reinstate full menus once BJ’s staffing shortages hopefully end in November.

There’s been improvement there as well of late. Restaurants now close an hour earlier on average. Returning to pre-COVID hours could return $1,000–$2,000 weekly in sales.

“Throughout this time, our goal was to make sure our team members were taken care of and that we delivered a gold standard level of execution to our guests,” Levin said. “We understand that at times, these conscious decisions sacrifice short-term sales by limiting restaurant seating and capacity, as well as menu items. However, in doing so, we know that the guests that are in our restaurants are getting the service, hospitality, and food quality that they expect and will keep choosing BJ's over other concepts.”

Until staffing levels are secure, BJ’s won’t lean too heavy into marketing. After all, BJ’s wouldn’t be able to drive the incremental sales for the additional spend to make sense, Levin says.

That doesn’t mean BJ’s isn’t thinking ahead. The brand is developing an internal guest personalization platform to better engage with guests in a one-to-one manner. And restaurants that are already fully staffed can engage in localized digital marketing.

Even amid staffing troubles, BJ’s is growing. In new locations in Lansing, Michigan, and Merrillville, Indiana, a new prototype has resonated. Levin says the design provides a more inviting feeling in the restaurant, and overall weekly sales for both restaurants were strong. The design boasts a similar square footage to previous units but with a circular bar, offering a patio for guests.

Levin said BJ’s has a clear path to at least 425 domestic locations, which is roughly double BJ’s current footprint. Catering and BJ’s Beer Club will also be instrumental in the company’s long term strategic plan, he said.

“There's a lot of good things we have going in the right direction, moving the business forward,” Levin said. “It's just Q3, the way it started and then what came through from the Delta and our exclusions in our restaurants, really put a challenge in front of us. Frankly, we would rather look at the business from the long-term perspective and make sure we're taking care of our team members, taking care of the guests that come to BJ's, and no doubt, we'll build it over the long term.”

In 2022, the brand anticipates growing same store-sales above 2019 levels as staffing issues resolve and dine-in traffic continues to recover. Eight more restaurants are scheduled to open next year, including four in the first half.

“While we have seen new challenges present throughout this pandemic, we continue to meet the challenges head-on, manage our business for both near and long-term objectives and remain steadfast, and are focused on delivering our guests the best experience which will allow us to continue delivering outside growth in years to come,” said CFO Tom Houdek.