BJ’s Finds New Ways to Separate from the Competition

BJ’s Restaurants is focused on finding new avenues to grow sales and provide value to customers, including a $6 take-home entrée and its new beer subscription club.

The brand started selling its pre-prepared, chilled take-home entrée in November. The chain said the item has an incidence level comparable to its best-selling in-restaurant items. Though it’s early, CEO Greg Trojan said the entrée is having a material effect and is incremental to average check.

As part of the deal, customers must spend at least $9.95 for eligibility to purchase up to three take-home entrees at $6 each, including deep dish ziti, grilled chicken alfredo, spicy peanut chicken with soba noodles, jumbo spaghetti and meatballs, fire-roasted barbacoa chicken, and vegetarian turmeric-cauliflower and quinoa.

Q3: As costs rise, BJ's won't compromise what it stands for

Q2: BJ's gets more efficient on road to 450 restaurants

Q1: A strong start after a strong year

Where does BJ's rank among its casual-dining peers?

“Given these sales are nearly 100 percent incremental, it gives us a chance to provide an incredible value to our guests while driving margins and profitability,” Trojan said during the company’s Q4 and annual review.

Trojan believes BJ’s upcoming beer subscription club is another way to drive value and engage customers. The CEO said brew masters are now working to create unique beers that will only be available to customers who join the club. The company is considering California as the test market.

The new club will give BJ’s another point of differentiation in the casual-dining sector in late Q2, Trojan explained.

“We want people to be engaged and sign up, obviously, but really the end goal here is to activate them in a way that generates more traffic in the restaurant,” Trojan said. “ … We think there is a great opportunity to have subscription revenue stream here. … We are thinking of this as an ability to access very unique award-winning beers as being a part of the club, but there will also be in-restaurant benefits that drive folks, not just to pick up the beer when it's available, but also drive traffic in between release dates.”

BJ’s opened seven restaurants in 2019 and plans to debut eight to 10 locations in 2020. One spot will be in Massachusetts, extending the brand’s footprint to 29 states. The company expects to push unit growth into the low double digits in 2021. In the past five years, the chain has opened 55 restaurants and expanded to 10 new states.

In addition to the new revenue streams, Trojan said BJ’s is focused on building in-restaurant value. Last month, the company added a Cauliflower and Quinoa Power Bowl to its EnLIGHTened entrées menu. The gluten-free bowl can be vegetarian or filled with proteins like chicken, salmon, or shrimp. 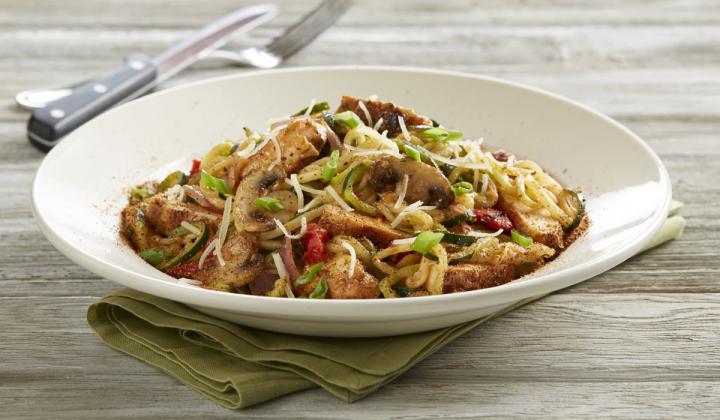 Trojan said BJ’s biggest traffic challenge comes in the lunch daypart. To combat the growing competition, the brand started testing an $8, $10, and $12 value menu that includes the EnLIGHTened options as well as traditional lunch items.

"We know from our research that convenience, speed, and value are most critical to lunch guests, and we believe these new options will improve our competitiveness in all of these areas,” Trojan said.

Other measures to drive value and traffic include the $10 take-home bottle of wine, relaunched catering efforts and continued growth of slow-roast items and daily brewhouse specials.

Trojan said recent menu innovation and roll out of the Gold Standard Kitchen System last year have continued to improve customers’ experience and support its strategy to build market share in the casual-dining industry.

“To that point, our restaurant operators continue to deliver on BJ's promise of gold standard hospitality and food quality every shift, every day,” Trojan said.