The franchise executive will take over in January.

When asked about his potential replacement in late October, Dine Brands CEO Stephen Joyce said the situation was “not that delicate at all.” The Applebee’s and IHOP parent company began searching for its future CEO in May, revealing that Joyce’s contract would not be renewed when it expired on February 1.

Less than a month after Joyce’s comment, the company announced John Peyton, president and CEO of Realogy Franchise Group, would take the reins at Dine Brands, effective January 4, 2021.

As was the case in May, Dine Brands did not give a reason for Joyce’s departure. He’s served as CEO since September 2017, a tumultuous time in Applebee’s history. Joyce, the former CEO of Choice Hotels, held a board seat at Dine Brands for five years before igniting his turnaround project, which saw 10 major executive changes by March. From Q1 2016 to Q3 2017, Applebee’s reported negative same-store sales as the system continued to retract.

How it began to turn:

A little over a year later, Applebee’s posted same-store sales gains of 7.7 percent (Q3 2018)—its best sustained sales and traffic performance in at least 14 years. In all of fiscal 2018, comps rose 5 percent for the year, the company's best annual run in 25 years.

As it got going:

In February 2020, Applebee’s president John Cywinski said the chain completed a three-year strategic initiative (under Joyce’s watch) to close about 200 underperforming restaurants. But, naturally, this came before COVID-19. The casual chain has worked its way back, while IHOP’s struggles have been more pronounced. This past quarter (Q3) Applebee’s same-store sales moved from negative 18.4 percent in July to negative 15.2 percent in August to negative 7.4 percent in September. This as national marketing returned in mid-June after a self-imposed 90-day hiatus during the depth of the pandemic.

IHOP, which saw comps decline 30.2 percent in the quarter, is expected to close “less than 100 restaurants” over the next six months (net). Applebee’s plans to retract between zero and 10 locations.

A look at the COVID trail:

“I am proud of the growth that we have experienced during my tenure as chief executive officer,” Joyce said in May when his impending departure was announced. “Since 2017, we have established and executed on strategic plans, strengthened the franchisee base, completed a $1.3 billion securitization transaction and returned significant capital to stockholders. With the occurrence of the crisis due to the Coronavirus pandemic, it is not only essential that we all focus on our current situation, but also our emergence with a strong leadership team for the future.”

Dine Brands said he led “significant growth during one of the most challenging markets in the industry’s history.” 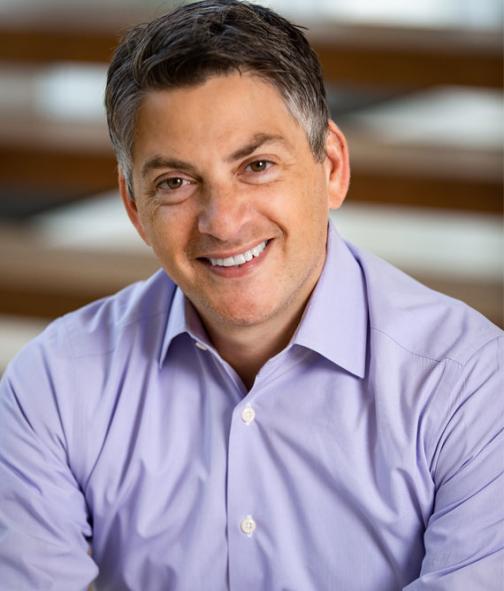 “John was also instrumental in transforming and revitalizing their brands through an elevated service delivery model, placing an emphasis on agility and innovation, and creating momentum and opportunity for the company, franchisees, and team members,” the company added.

Before Realogy, Peyton worked 17 years with Starwood Hotels and resorts Worldwide, holding various roles, such as CMO, SVP of global operations, and chief operations officer of the North America Hotel Division. He directed the global and North American food and beverage teams for the company, which oversaw on-property restaurants.

“We are pleased to announce that John Peyton will be joining Dine Brands as CEO starting in January 2021,” Richard Dahl, chairman of the board, said in a statement. “John’s extensive background working in the hospitality industry enables him to provide outstanding leadership and guidance as Dine Brands continues to accelerate long-term growth. We greatly appreciate Steve Joyce’s leadership and considerable contributions to Dine Brands during a critical period for the company and wish him continued success.”

“Dine Brands is confident in the talented executive team in place to ensure a smooth transition and Peyton’s onboarding after the first of the year,” he added.

In a securities filing Tuesday, Dine Brands said Peyton would receive a compensation package consisting of an annual base salary of $1 million; participation in the corporation’s annual incentive plan with a target payout of 100 percent of base salary and a guaranteed payout of 50 percent of the target amount for 2021; participation in Dine Brand’s long-term equity incentive aware program with a grant date value for the 2021 fiscal year of no less than $3.5 million; and a cash signing bonus of $1.2 million (subject to pro rate repayment if Peyton resigns within two years). Additionally, Peyton will receive a one-time special grant of restricted stock units having a grant date value of $3.5 million and a one-time special grant of stock options with a grant date value of $1 million.

Joyce, in connection with his resignation, entered into an amendment to employment agreement. He will remain employed as a non-executive special adviser to Dine Brands through February 16. He’ll continue to receive base salary, additional compensation, and benefits through February 1.

“I am honored to take on this new role to spearhead Dine’s mission and drive shareholder value of the world’s most-loved restaurant brands,” Peyton said. “Together with our team members, franchisees and suppliers, I look forward to building upon the rich history of our restaurants and further creating community in hometowns all throughout the world.”