Despite tariff increases, so far, most restaurants have been sheltered from price spikes.

Operators across the country are watching for developments.

In response to tariffs imposed by the European Union, the U.S. authorized 25 percent import tariffs on October 18, 2019 effective immediately on a variety of European products that included French wines. The tariff affected specific types of wine, including French, Spanish, German, and English wines of less than 14.1 percent alcohol. Taxes were also levied on a variety of other food products from Europe including cheese, pork, and fruit.

At a time when fewer people are dining out and instead opting for delivery, selling wine for fine-dining restaurants has been a sizable revenue-generator. This tariff, which will raise prices, threatens those sales.

Despite the fact that The New York Times reported January 22 that President Donald Trump and French president Emmanuel Macron suspended tariffs on American digital products in Europe, which could limit follow-up tariffs on European products like wine in the U.S., Sean Kennedy, the executive vice present for Public Affairs at the National Restaurant Association, who directs its lobbying efforts, calls this détente, a “small win—applying to proposed hikes on French champagnes. It does not affect the other potential hikes on all European Union wines.”

Actually, Kennedy notes, tariffs on French wine and cheeses will be off the table the rest of the year and lead to stability for these products in 2020. But this will have no effect on tariffs on other European products imported proposed by the U.S. trade representative.

Despite these tariff increases, so far, most restaurants have been sheltered from these price spikes, says David Kenney, a vice-president at Uncorked Wines, a leading New Orleans-based wine distributor. “The supply chain, for the most part, has absorbed the cost of these tariffs. The common response was that the producers—the growers in Europe, the importers, and distributors all lowered their margins,” Kenney says.

He adds some distributors have opted not to lower their margins and some wine prices have escalated, making them more costly to U.S. restaurants.

At this point, the Association has not compiled any data on the impact of tariffs on wine sales, Kennedy says. But he adds, “There is concern by restaurant owners that fewer people are purchasing wine.”

Kennedy also emphasizes the restaurant industry is marked by very tight profit margins. “If a restaurant has to lessen sales that are helping them make money, they’ll need either to raise prices or reduce the choices for customers,” he says. 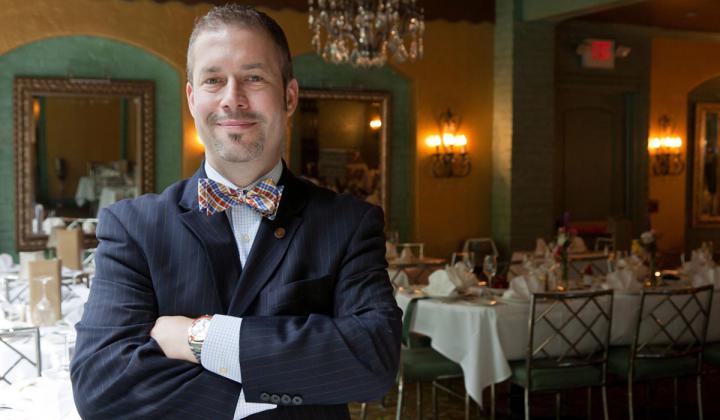 Yet Kennedy’s biggest concern transcends that of forcing customers to pay $40 for a bottle of wine that previously cost $20. Dining out is usually not just about eating food, but having a certain kind of experiential outing, often with one’s spouse or friends.

If the European wine has become too pricey to be ordered, “They will say: ‘Let’s stay home tonight.’”

Furthermore, the margin for wine is usually generous and enables most Italian and upscale eateries to charge a modest sum for chicken parmigiana, for example. “It is product offerings like wine that allows the restaurants to absorb razor-thin margins on entrees,” Kennedy says.

Because the follow-up tariffs to the 25 percent already instituted on wines are still in the works and not authorized yet, Kennedy says, “We’re in uncharted territory. We have never seen a proposal this dramatic before, going from 25 percent tariffs to 100 percent.”

At Commander’s Palace, the venerable, 128-year-old Creole restaurant located in the Garden district of New Orleans, Dan Davis, its wine director, says, so far, the wine tariffs have had minimal impact on sales because those increases have been absorbed by distributors and producers.

But he’s unnerved by the uncertainty that the next tariff could spike, which could come at any time, and would dampen future wine sales. “The marketplace doesn’t like uncertainty,” Davis says.

Moreover, orders made for wine in Europe are shipped by container, and take about six weeks to arrive. So that cargo of $300,000 wines could easily be valued at $600,000 upon arrival, and restaurants must pay in full on arrival to obtain it.

Davis says he will have to shift inventory and stock more South American, Australian, and South African wines because most of his customers “aren’t willing to pay $75 or $100 for wines.”

In the next year, Davis envisions the tariffs will not exert considerable impact. “But if these tariffs have dramatic effects on the marketplace and shift the most desirable French, Italian or Spanish wines to other parts of the globe like Asia, and we can’t get them, it will have an impact in five to ten years,” he says.

Nor does Davis think California wine sales will proliferate if European wines skyrocket in price. Customers who buy inexpensive wine for $20 will find replacements, and those with a more refined palette and buy $40 or $50 wines “won’t substitute California pinot noir rather than red burgundy.” 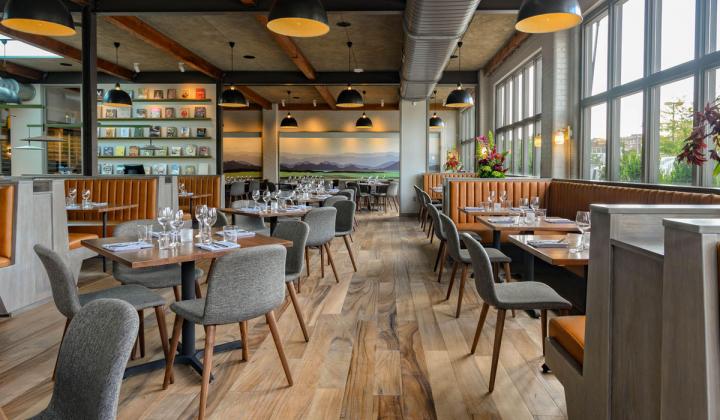 At Redd, a chef-driven restaurant run by Richard Reddington that opened in August 2019 influenced by French and Italian cooking, located in Rochester, New York, to date, “the guest hasn’t perceived much shift of style of wines offered or variety of options,” says general manager Nick Massimilian. In fact, he says, tariffs have impacted “the people in the industry more including all of our reps and source wines, more than the guests themselves.”

If these tariffs rise further, Massimilian expects to see guests shifting beverages and gravitating to ordering more Californian wines and wines from the Finger Lakes, situated about 45 minutes from Redd.  Additionally, he expects a spike in guests ordering more beer, particularly craft beers.

Larry Reinstein, a restaurant consultant and Dallas-based president of LJR Hospitality Ventures, says many restaurants “still are sitting on inventory of European wines and haven’t felt the impact yet.” But if the new tariff boost prices by 100 percent, “that will make more of an impact if it sticks around for awhile,” he adds.

“We’re at a tipping point, and after the fourth quarter, we could see price increases, especially if more tariffs are raised in response to the digital services tax in Europe,” Kenney says.

Kenney adds Uncorked Wines sells inexpensive sparkling wines from France and Spain as a base for many cocktails. “That wine will become too expensive with a 25 percent tariff,” he says. And while many people order champagne for specialty occasions like anniversaries and birthdays, those sales will plummet if prices spike 25 percent and more.

If European wine and champagne prices keep rising due to increasing tariffs, consumers will look for cheaper alternatives. Sales of domestic wine from California and other states and South American wines will likely spike, Kenney says.

Kenney sees the continued rise in tariffs affecting jobs in the U.S. For example, Uncorked Wines was primed to hire another sales rep in the first quarter but has put that on hold due to uncertainty of whether European tariffs will contribute to decreased wine sales.

The Association has mobilized its members to write letters to their congress people, opposing these tariffs and letting them know how it could affect their business and potentially jobs. “We fully support the Trump administrator to improve trade options with overseas partners. The restaurant industry is an enormous importer of food and wines, and we support anything that will reduce costs for U.S. customers,” Kennedy says.

But if restaurateurs have fewer opportunities to sell wines and champagne, it could affect customers’ enthusiasm for dining out. And that could lead to lowering revenue, more restaurant closings, and fewer jobs for restaurants staff, already hard-pressed to keep their margins high enough to turn a profit.