Firebirds’ Firebar menu has also been adapted for to-go orders.

Will Alcohol To-Go Have a Place for Restaurants After COVID?

There are a lot of moving parts still to consider.

At the height of dine-in restrictions, many restaurants switched to carryout and delivery to try to compensate for the loss of dine-in business. While they could parlay some dishes for off-site consumption, the question of selling alcoholic beverages to-go remained.

For many full-service restaurants, alcohol helps the bottom line, but being prohibited from selling it while still paying the licensing fee does the very opposite. Plus, it leaves a vast amount of product and supplies taking up valuable real estate. With both operators and legislators recognizing the severity of the matter, many states eased restrictions, permitting the sale of alcohol to-go.

These rollbacks provided a much-needed revenue boost, but they were hardly a panacea, and selling alcohol to-go provided its own hurdles. What types of drinks and carryout packaging were permitted? Would customers be interested in purchasing to-go alcohol with their meals? Could restaurants that operate across multiple states offer the same drinks to-go systemwide?

With locations across 20 states, Firebirds is one such brand that had to consider several moving parts in building an off-premises alcohol program.

“We were very thorough, reading through all of the executive orders,” Kozloff says. “Some states would only let you have one drink or the drink had to be the exact same recipe as you would [serve] in the restaurants. So, it was challenging at first. … Most states do something a teeny bit different than other states and we had to make sure that each state complied with that.” 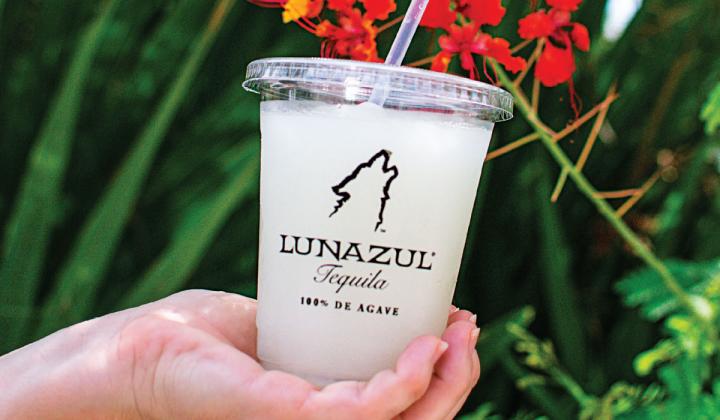 In Texas, Via 313 plans to continue selling off-premises alcohol even as dine-in resumes.

Kozlaff adds that other states required extensive labeling, and Pennsylvania even had a specific app to scan IDs that it wanted restaurants to use.

Determining what customers wanted and how to deliver it was a bumpy process at the beginning. Firebirds had to hammer out packaging, material costs, and which drinks would be most popular to-go. Beer proved not to be a hot commodity, and customers weren’t as interested in cocktail kits as predicted.

Early challenges aside, Firebirds’ to-go beverage program is here to stay. After working out the kinks, Kozloff says the brand has found a strategy that works for it.

“We realized people just wanted the drink,” Kozloff says. “We removed beer off the offerings and now [cocktails] are just in a plastic bottle. It has a tamper-resistant lid and a really nice label. Currently we have five offerings, and it’s been really successful.”

Kozloff says Firebirds’ most successful to-go drink is its signature cocktail, the Double Black Diamond Martini, a concoction of vodka and pineapple.

Firebirds isn’t the only restaurant with plans to keep an off-premises alcohol program up and running. Austin, Texas–based Via 313 Pizzeria has seen continued success offering beer, wine, and cocktails to-go.

Marty Chronister, who directs Via 313’s beverage program, says a combination of inventory backlog and Texas’ relaxed alcohol restrictions led the brand to start offering its full drink menu to-go. He also says the success over the last year means Via 313 will keep the program running in full force.

“If we have it and we’re allowed to sell it, why not?” Chronister says. “We offer packaged beer, cocktails—a little bit of something for everyone. We started off with cocktail kits that made four to six servings, but using so much fresh citrus juice, those would turn in a few days if there was anything left over after the first night. So, we switched gears to single-serving cocktails. Those are sold in a plastic cup sealed with a lid.”

Although beer to-go isn’t a loss leader at Via 313, it’s also not the headliner. Like  Firebirds, the brand has seen great success with its cocktails to-go.

“Being in Texas, anything agave based is going to do well,” Chronister says. “Our frozen margarita has been doing extremely well.”

Though 313 has plans on expanding the business into Utah, the off-premises alcohol sales will be staying behind in Texas.

“We will have full bars at our locations [in Utah], but with the laws being so different there, we will not be doing any alcohol to-go,” Chronister says.

While restaurants are eager to keep the off-premises alcohol flowing, the future will bring additional challenges and considerations.

“There’s a number of potential liability issues,” says Jennifer Smith Thomas, a partner at RumbergerKirk law firm in Orlando, who specializes in commercial and general liability litigation. “There’s dram shop liability [overserving], liability related to third-party delivery. In addition to making sure that the restaurant is in compliance with state law, you’ve also got to consider different insurance liability.”

After accounting for potential liability issues Smith Thomas says restaurants need to do a cost-benefit analysis to determine whether they should keep serving alcohol to-go.

“If somebody takes a margarita cocktail kit and drinks all four of them and then gets in their car and drives into somebody else, those people are going to come after the restaurant,” she says. “So, I think the restaurateurs need to consider their insurance coverage, their general liability policies, and whether or not this type of service is going to be included in their insurance policies.”

Restaurants with high employee turnover may want to reconsider, as new staff may not be as up to speed with the proper procedures for selling libations to-go. Checking IDs, documenting the transactions, and remaining in compliance with the most up-to-date orders are all necessary measures, Smith Thomas says.

As for the future of alcoholic drinks to-go, she isn’t sure restaurants will be offering the service down the road.

“I think we’re going to see less of it,” Smith Thomas says. “I don’t think anyone wants to take on that type of liability. We’re going to have to wait and see to find out what the consequences are. Are people behaving?”

In the meantime, Via 313 will continue chugging along.

“Numbers have gone down a little,” Chronister says. “But it’s beneficial for everyone. It’s good for the customer and the company. As long as we’re allowed to, we plan on selling it.”

Rethink the Rebrand: How On The Border Got its Mojo Back
Chef Steve McHugh to Open New Dining Concepts in Austin
Firebirds Wood Fired Grill Honored with Alex Scott Crystal Cup Award