The Mokelumne Glen Vineyards in Lodi is home to 40 cultivars, including the kerner varietal from germany. The vineyard also boasts Austrian Varietals and Riesling clones.

The wines of northern California flourish in a climate that is classic Mediterranean.
March 2017 Kristine Hansen

Forty minutes south of  Sacramento and deep into California’s agricultural belt, where most of the country’s almond supply grows, Lodi is a rags-to-riches story when it comes to the wine industry.

As far back as 1900, the land has been flush with grapevines, farmers selling those grapes via contracts to wineries in Napa and Sonoma. But eventually there’s a person who says, “Wait a minute—why don’t we make it ourselves?”

Today, 100 varietals of wine grapes are planted in the Lodi AVA, with 75 in commercial production, says Wendy Brannan, executive director of the Lodi Winegrape Commission, adding that the Lodi AVA “is called the most experimental wine region in North America.” The commission was founded in 1991 to bring together the region’s 750 growers and 90 wineries. Some of the experimental grapes, Brannan says, are German and Austrian varietals planted at Mokelumne Glen Vineyards, home to 40 cultivars including Riesling clones and a German crossing called Kerner, along with the highly aromatic Gewürztraminer, Dornfelder, and Lemberger (also called Blaufränkisch).

With Lodi wines, says Brannan, “you can taste around the world … from Spanish varietals like Tempranillo and Albariño to Rhone varietals such as Picpoul Blanc and Roussanne to South African specialties like Pinotage.” 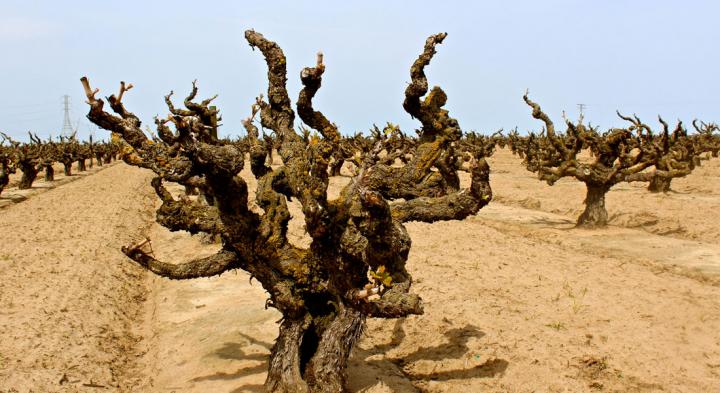 Part of what makes Lodi a fantastic place to grow grapes is that the cost of land hasn’t soared like it has in Napa Valley or Sonoma County. Much of the acreage has trickled down from earlier settlers to today’s generation, remaining in the family, a serendipitous move that has made them immune to real-estate hikes.

In 2015 Wine Enthusiast named Lodi the wine region of the year, suggesting that not only are the wines worthy of scoring 90-plus points but also the ability to roll out the red carpet to visitors is a shared value. Indeed, on a recent visit I found myself at m2 Wines in nearby Acampo, where a boxy, glass-walled building with a retractable garage door sits just a few feet from the vineyard. One gentleman arrives with two Yorkies in a stroller, while a mix of couples out for a romantic jaunt and groups of wine lovers sip through the portfolio. Amy Winehouse’s “Valerie” is playing over the sound system.

The taste of m2 Wines’ Old Vine Zins and a Tempranillo still fresh on my palate, I check into the area’s most luxurious property: Wine & Roses, its wooded acres tended by a master gardener. Lodi Wine Grape Commission operates a tasting room on-property as a lens to the region’s wineries, some of which make wine but don’t have a tasting room.

That night, a seven-course dinner at the Towne House Restaurant at Wine & Roses is paired with local wines and marked by innovative plating and a delicate dance between sweet and savory—beginning with ahi carpaccio and ending with fig-and-quince napoleon—all at the hands of John Hitchcock, a graduate of The Culinary Institute of America’s Hyde Park, New York, campus. The carpaccio is paired with LangeTwins Family Winery’s 2015 Sangiovese Rosé, and pancetta-wrapped rabbit loin with Acquiesce Winery’s 2015 Viognier.

On another night, dinner at Pietro’s Trattoria in Lodi was a postcard from Italy. Whenever possible ingredients are sourced local, right on down to the balsamic vinegar and olive oil. However, many ingredients are flown in from Italy, such as prosciutto and Parmesan cheese. The restaurant has been open since 1985, and its owner, Jim Murdaca, is working closely with his son, Pete, who recently returned from cooking in Calabria and Rome, Italy, on a quest to dive even deeper into southern Italian cooking. 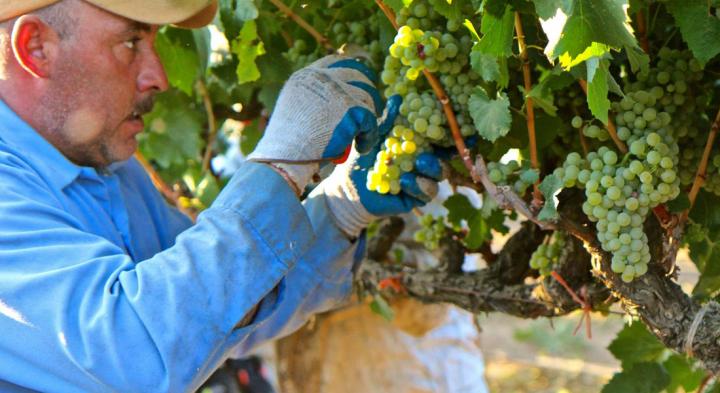 In 2015 Wine Enthusiast named Lodi the wine region of the year.

Another example of a next-generation takeover is at Michael David Winery, currently on its sixth generation of grape growers with Melissa Phillips Stroud among those taking the lead as its vice president of sales and marketing. Her father and uncle (Michael and David Phillips) founded the winery in 1984. The winery is the most well-known winery of Lodi, particularly for its 7 Deadly Zins, Earthquake Zin, and Freakshow Cab. In the tasting room is a café-style restaurant and a farm stand, with an al fresco tasting room, too.

What’s in store for the 2016 vintage? “Overall, it’s looking to be a fabulous vintage,” says Phillips Stroud. Her father, Michael, got the idea to found a winery while “drinking a lot of crappy wine at the University of California-Davis,” he says, adding that the oenology was a 15-year learning curve despite already knowing so much about growing grapes. Today, there are four winemakers on staff and Wine Enthusiast routinely awards 92 and 94 points to its “Petite Petit” Petite Sirah. The year 2000 was the first “7 Deadly Zins” vintage, with 800 cases; today it’s the majority of the winery’s production with 280,000 cases a year.

Stories steeped in history abound. Fields Family Wines is a small-production winery in nearby Acampo with limited distribution to restaurants in San Francisco and Sacramento. To make its Cinsault wine, Cinsault grapes are sourced from Bechthold Vineyard. Dating back to 1886, these are the longest-surviving Cinsault grapevines in the world.

But even with small production, fame spreads. Acquiesce Winery is a small-production winery, producing just 1,500 cases of white Rhone varietals a year, and yet all of the varietals in every vintage sell out. The wine club has a waiting list of several hundred people. Owners Rodney and Susan Tipton gave up a nomadic lifestyle to renovate a barn in Lodi, where the tasting room and winery now are located. When they bought the property in 2003, it had 12 acres of Zinfandel vines. “This is a hobby that got out of control,” says Susan, alluding to their home winemaking pasts. Ribbons from wine competitions hang behind the bar in thick stacks of cream, blue, mauve, and gold. Their first vintage was 2010; they opened the tasting room in 2012.

Similarly, Jeremy Trettevik walked away from a winemaking career at Sebastiani in Sonoma County to launch Jeremy Wine Co. in 2010, with a tasting room in downtown Lodi.

Being close to widely recognized wine regions like Napa and Sonoma provides an ideal learning base for winemakers. (Interestingly, Lodi’s growing area is bigger than Napa, Sonoma, and Lake counties combined.) Heather Pyle-Lucas—who owns Lucas Winery in Lodi with her husband, David—started at Mondavi in 1984. She made wine there for 17 years, moving to Lucas in 2001. The couple were distributing their wines in Chicago and California, but pulled back in order to keep up with the tourism traffic to their tasting room. Pyle-Lucas is a consultant for other Lodi wineries, and she’s a big reason the region is so successful. In the tasting room are wine glasses filled with 45 soil types in Lodi, and “Thank you for understanding our wines” is etched onto each glass.