That is a beer tap next to the TV. You're not dreaming.

Everything You Need to Know About Craft Beer's Blissful Hotel

If you’ve ever wanted to bathe in a hot tub filled with India Pale Ale, soon you will get your chance.

Coinciding with the opening of its first international brewing facility in Columbus, Ohio, Scottish brewery BrewDog plans to open a hotel dedicated to beer called The DogHouse. Guests will have craft beer taps in every room, an in-shower fridge for the enjoyment of shower beers, and three-course breakfasts, lunches, and dinners paired with BrewDog beer.

BrewDog turned to crowdsourcing to fund the hotel, with the goal of raising $75,000 in 30 days. With a little more than two weeks left, the campaign has surpassed its goal by nearly $130,000.

“The DogHouse was inspired by our community of craft beer geeks who took to Twitter requesting a beer hotel, so we made it happen,” says BrewDog co-founder James Watt. “We chose Columbus, Ohio, for our U.S. base because not only do we love the city and its community, but there’s a huge opportunity for our beers in the Midwest and is perfectly located for both distribution and travel.” 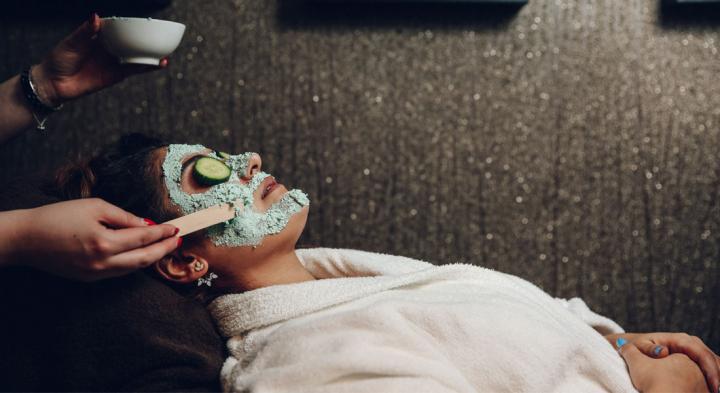 The campaign will also fund a new sour brewing facility onsite, which Watt says will allow BrewDog to experiment with new flavors and techniques. Hotel guests will be able to taste new beers from the sour facility while viewing the oak foeders used as aging vessels from their rooms.

“We love to experiment, so are always on the hunt for new inspirations and styles in all aspects of the beer scene. Many craft breweries are making some incredible, weird, funky beer that riffs off some ancient European beer styles, but reinvented them with awesome, modern twists,” Watt says. “That’s the kind brewing we can get on board with.”

The DogHouse isn’t the only beer hotel planned for the U.S., as California-based Stone Brewing plans to open the Stone Brewing World Bistro and Gardens about 30 miles north of San Diego in early 2018. 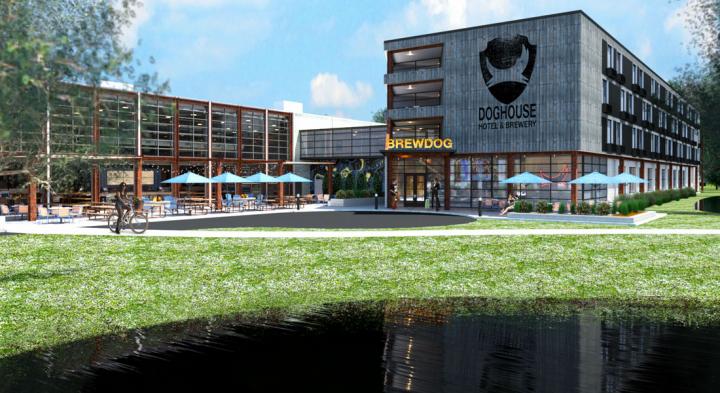 The DogHouse was inspired by a "community of craft beer geeks."

The 99-room Stone hotel will overlook the brewery and will have three bars, including a non-traditional lobby check-in area with a tasting bar.

Stone Brewing Director of Hospitality Steve Robbins says beer will remain “front of mind” throughout the whole guest experience but he hesitates to call it a beer-themed hotel.

“We’re not looking to be gimmicky about the beer—we want to make sure it has a beer focus, but much like we do for interior design, we like the ‘less is more’ theory,” Robbins says. 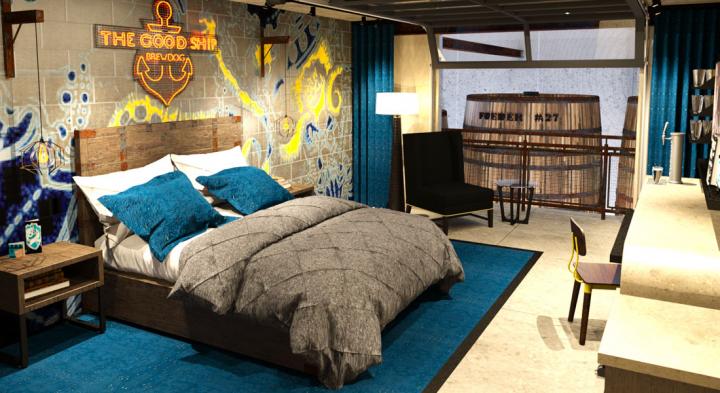 Guests will have a view of the oak foeders used to brew sour beers from their rooms.

As for The DogHouse, BrewDog seems intent on making beer integrated into nearly all aspects of the guest experience, down to the “hop-infused face masks” and “malted barley massages” spa treatments. The brewery plans to open the hotel by the end of September 2018.

“We’re no strangers to crowdfunding and have raised almost $50 million and recruited 55,000 shareholders globally since 2009,” Watt says.” We smashed our initial target on Indiegogo in just 36 hours, which proves the American people are as passionate about The DogHouse and a brand new sour beer brewery as we are.”

Is the SPAC Revolution Here to Stay?
The Restaurant Industry's Recovery Swings Into Full Gear
Cheesecake Factory to Reacquire Majority of Roark's Stake for $457M