The concoctions of yesteryear get a modern, craft spin.

The craft beverage movement brought about a drinking renaissance of sorts, with classic throwbacks supplanting flashy and often cloyingly sweet concoctions. While this has bred creativity and higher quality drinks, it’s also overlooked some types of cocktails, particularly those of the dessert persuasion.

“There was a nerdy cocktail subculture that emerged in the ’90s that may have led to the demise of these sweet ‘dessert’ style cocktails,” says Chevy Farrell, director of beverage for South Florida–based Garrett Hospitality Group. “The culture of cocktails has seen ebbs and flows just the same as any industry.” 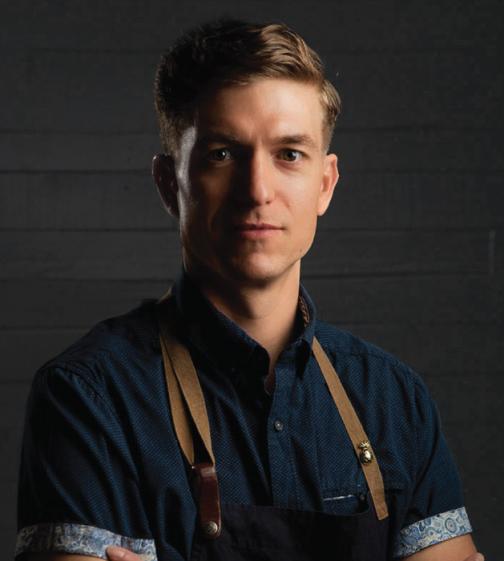 He adds that quintessential dessert cocktails like the Mudslide and the Grasshopper became popular in the 1950s and 1960s and stayed relevant until as late as the ’90s—right around the time the cocktail enthusiasts began gaining steam.

And while super-indulgent beverages might not return to their former glory, mixologists are creating 2.0 versions that feature dessert flavors, albeit in more mature renditions.

“I do think there is a place to have some sweeter-style drinks if done in the right way,” says Kim Haasarud, who owns beverage consultancy Liquid Architecture, as well as Garden Bar PHX in Phoenix. In fact, Garden Bar made its debut in November with a special menu called Home for the Holidays. The featured beverages took inspiration from Thanksgiving sweets of 1914—a nod to the year when the building housing Garden Bar was constructed.

One concoction, the Sweet Potato Killer, was a riff on the classic Painkiller (rum, pineapple and orange juices, coconut cream) but with caramelized sweet potato purée. “I wouldn’t say it’s an overly sweet drink, but it does kind of have those sweet potato nuances,” Haasarud says. Other drinks on the pop-up menu included the Figgy Pudding Hot Buttered Rum and the Midnight Cobbler, made with sherry and blackberries.

Like all cocktails, dessert beverages are now created using a broader palette of ingredients than in years past. Haasarud notes that using natural sweeteners, like honey, keeps the drinks from turning into sugar bombs. Mixologists can also impart sweet notes through spirits rather than being heavy-handed with syrups and sauces.

“The biggest change I’ve noticed is there is a much broader use of diverse spirits in dessert cocktails,” says Kevin O’Brien, food and beverage director for Hershey Lodge, the official resort of Hersheypark in Pennsylvania. “Once upon a time, dessert cocktail offerings were dominated by the use of cordials—Bailey’s, Kahlua, Frangelico, etc. You’re now seeing more distilled spirits like whiskey, bourbon, and flavored vodkas featured on dessert menus.”

This theory is perhaps best illustrated by the espresso martini, which has enjoyed a resurgence. Farrell says that the rise of chocolate vodkas gave the drink a legup in the early 2010s. It also paved the way for innovation.

Garrett Hospitality’s craft bar, No Man’s Land, can easily whip up an espresso martini, but instead the menu spotlights its own signature coffee drinks, like the Spanish Coffee, made with rum, coffee liqueur, candied orange, and house-made whipped cream. In the autumn, it also serves up a boozy take on the ubiquitous pumpkin spice latte—vodka, espresso, and house-made pumpkin-spiced whipped cream—that is essentially an update on the classic espresso martini.

The rise of cold brew has also fueled coffee cocktails’ popularity, though some of these newer renditions moved it farther away from what would be considered a dessert drink. Haasarud puts a fresh spin on the Irish Coffee by substituting in cold brew and tequila and topping it off with whipped sherry cream. In fact, cold brews and cold brew–based liqueurs have pushed drip coffee into obsolescence at Garden Bar.

And for as indulgent as this new class of dessert cocktails may sound, they don’t bring the same high caloric load as their earlier counterparts.

“I’ve seen a lot of really good synergies where they’re mixing cocktails that would normally be a ton of calories and thick and heavy. Take a piña colada, for example. One thing that I’ve been seeing on menus is something that a bar did in London called a Colada Cuvette, which was basically a piña colada that’s stretched out with champagne,” Haasarud says. “You’re seeing some decadent cocktails that are lightened up where it’s kind of a cross between classic cocktails, so it’s not as heavy.”

That said, there can be a time and place for something richer—particularly at a chocolate-themed amusement park. The Hershey Lodge, which comprises multiple dining concepts, puts the brand’s signature product front and center in several menu items, including cocktails. Restaurants Fire & Grain and Revelry serve a number of variations on the chocolate martini, including Hershey’s Chocolate Caramel Martini and Hershey’s Kisses Signature Chocolate Martini, as well as a Chocolate Manhattan.

Rather than scare away would-be imbibers, these drinks position themselves as both a cocktail and a dessert.

“We’ve had the good fortune of our signature offering, the Hershey’s Chocolate Martinis, being cross-functional in terms of being both a dessert and a feature cocktail so we haven’t needed to adapt as much as other restaurants probably needed to,” O’Brien says. “That said, we have added Irish Coffee—with Irish whiskey—and Bourbon Cream offerings to our menus to also offer the whiskey lover new dessert options.”

While these items are decidedly in the dessert category, the lines are starting to blur for other libations as mixologists bring in more complex flavor notes and niche ingredients. In fact, Farrell says he wouldn’t be surprised to see bartenders put a modern twist on drinks like the Grasshopper and Mudslide.

If and when they do, he’d discourage them from relegating those cocktails to a separate part of the menu. Even if the libations are lighter and less sweet, labeling them as desserts could spook craft-loving consumers.

“I’ve started to approach what some consider dessert cocktails in a different way. I try not to draw lines between cocktails in a sense of defining them as ‘dessert cocktails.’ I put them on the list alongside any other of my cocktails. It seems like the consumer is more likely to put aside any phobia of ordering a dessert-style drink,” Farrell says. “I’d like to think cocktails transcend social stereotypes.”