Mac’s Speed Shop is now encouraging individual stores to curate half the beers on tap.

Can Your Restaurant Have Too Many Taps?

When it comes to draft lists, restaurants should consider how much is too much.

The craft beer movement may have been founded on a renewed push for quality, but it has been sustained by novelty. Rather than stick to tried-and-true favorites, many consumers relish the opportunity to sample new beers, from fresh iterations of classics to off-the-wall specials that brewers of yesteryear would never dream of concocting.

This consumer demand plus the proliferation of breweries have not only paved the way for beer-centric concepts, they have also encouraged restaurants to beef up their tap selections. But while some subscribe to the more-is-more mentality, a more measured approach could be better for business—especially in the wake of COVID-19.

“The Great Pandemic of 2020–2021 was an absolute draft killer. You had draft-only breweries scramble to start packing their beers in cans so customers could take them home,” says Brian Yaeger, a certified cicerone, author, and former FSR contributor. “Back in spring 2020, thousands of kegs were literally dumped either down the drain or converted to anything from swine feed to hand sanitizer.”

Despite the setbacks, Yaeger doesn’t see restaurants trimming their taps anytime soon. If anything, he thinks the pandemic has increased consumers’ preference for massive draft lists since they have both “lost time and beer to make up for,” he says. “Until the customers are ready to drink their favorite beers more than once, I don’t see the issue of over-supply and overabundant taps going away.”

Still, Yaeger believes that fewer than 40 taps is optimal in terms of efficient throughput. It also ensures that restaurants aren’t burdening consumers with too many options.

If restaurants are reluctant to adopt a less-is-more attitude, exceptional curation may be the next best thing. Regional micro-chain Mac’s Speed Shop is moving in that direction. At each of its eight locations sprinkled throughout the Carolinas, the barbecue concept has about 40–50 beers on tap. That number isn’t changing any time soon, but the draft list’s composition is. 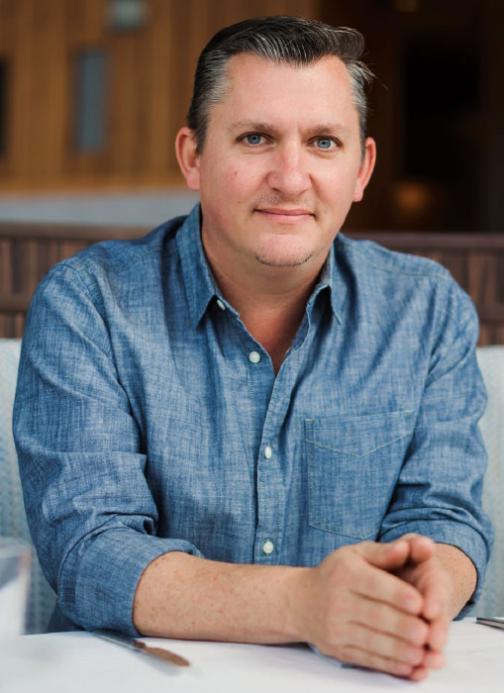 “Instead of us from a home office perspective mandating what those 40 taps are, each of our restaurants will look at having partnerships that will probably take on 18–22 of those taps,” says Jay Spungin, director of operations and beverage at Mac’s Speed Shop.

Half of Mac’s locations are concentrated in the Charlotte, North Carolina, area, but even those stores are building their own distinct lists. “The difference that we see in style from a 20-mile difference in our own neighborhood is pretty astounding,” Spungin adds.

Corporate has partnerships with larger distributors to ensure a core set of beers appear across Mac’s system. But beyond that, the company encourages its operators to seek out relationships with smaller breweries. By incorporating hyper-localized elements and trends into the restaurants, individual stores are creating their own microclimates and behaving more like an independent, local business.

That special touch can become diluted when a restaurant offers a vast number of beers. The higher the number of taps, the less likely staff are to have a strong grasp of the entire collection. It’s also a shortcoming that the consumer is likely to pick up on.

“I can always tell when there’s a real person in the community doing the buying,” Yaeger says. He adds that it’s especially true for chains that could easily fall into a fixed playlist of drinks. “Restaurants that give their patrons credit for choosing wisely will be rewarded,” he says.

Smaller beer programs are by nature nimbler, too, and can more easily accommodate guest feedback. Spungin, whose professional experience includes curating wine lists, has long advised beverage directors to set aside their own personal preferences in favor of what regulars order and what managers observe.

Beyond winning customers through a more thoughtful selection, fewer drafts also save restaurants money on the back end because, as Spungin says, the restaurant isn’t sitting on as much product. Mac’s won’t take a maximalist approach to its tap program because despite the brand’s mantra of “beers, bikes, and barbecue,” food is the No. 1 priority.

“We’re a restaurant first, but a lot of people do associate us with the beverage that we do as well, and we love that. It’s a big part of our platform,” Spungin says. “I think Yard House is selling beer first and food second; World of Beer is selling beer first, and then they do some small plates—that’s a distant second for them.”

Yaeger says concepts like Yard House and World of Beer definitely have a place in the F&B scene, but he cautions that such businesses should be viewed as the exception, not the rule. At regular restaurants, guests are likely to be overwhelmed by the sheer number of choices. It’s also difficult for those restaurants to maintain so many kegs and move product quickly.

When these conditions aren’t met, it reflects poorly on the beer and, in turn, the restaurant serving it.

“Unless your business is all about those 100-plus taps and has the top-of-the-line draft system to keep those beers cold, clean, and selling briskly, having too many beers available hurts absolutely everyone,” Yaeger says. “Just like there may be a few burger options or even a dozen’s worth, the beer list should be as manageable as the rest of the menu.”