Mediterranean cuisine in a posh Bed and Breakfast setting, where delicacies such as ox tail and the grilled Spanish octopus are standouts, and this James Beard semifinalist for Best New Restaurant in 2014 elegantly blends wines and cocktails with Chef Osso's approachable menu.

With 1,000 seats, El Pinto is the largest restaurant in the Southwest and has served Cinco de Mayo in the White House, delivered takeout to Air Force One, and lays claim to the largest tequila bar in the Southwest with over 160 varieties of 100 percent Blue Agave tequila.

Integrated into the acclaimed spa Ten Thousand Waves, izanami was a semifinalist for James Beard: Best New Restaurant in 2014, and successfully marries Southwest and Far East flavors in cuisine that includes kozara, the Japanese equivalent of Spanish tapas, along with more than 40 varieties of sake imported from small family-owned breweries in Japan.

Chef Rios is a six-time James Beard semifinalist, including one for Best New Restaurant; this year he was a finalist for Best Chef: Southwest; and he has been named Chef of the Year by the state of New Mexico two times.

The restaurant, with just 36 seats, has plenty of character and charm, and is in a building that is more than 100 years old, accented with old barn wood and natural limestone. Chef Gilmore was a finalist this year for James Beard Best Chef: Southwest.

Since it opened, every sitting president except Barack Obama has been served at this upscale restaurant that is a hybrid of seasonal French cuisine and a Texas steakhouse. 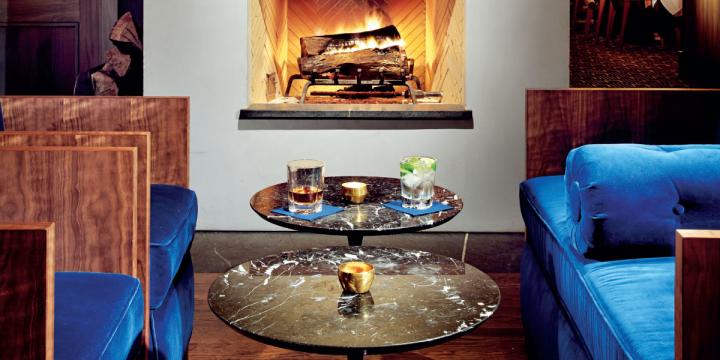 Situated in a 1930s cottage, half of the seating is outdoors in a big garden. The sophisticated French-American cuisine is served farmhouse style.

Known as Cattlemen's Café for many of its 100 years, this restaurant, located in Historic Stockyard City, features steak on the menu for every daypart, including breakfast when there are 10 different types available.

The restaurant, which serves Asian fare with light­hearted riffs on Spanish and American dishes, began as a pop-up in 2012, and was named one of Bon Appetit magazine's Hot 10 for 2014.

In the land of all-American menus dominated by beef and poultry, Oklahoma City has an iconic alternative with equally hearty German-American entrées.

The only restaurant in Oklahoma to become a member of DiRoNA (Distinguished Restaurants of North America), Polo Grill has won the DiRoNA Award eight times since 2003, and the fine-dining restaurant also won the Best Of Excellence award from Wine Spectator every year between 1997 and 2013.