The restaurants on this list excel at performing consistently across their portfolios, as evidenced by 2014 average unit volumes that place them among the highest-performing brands in the industry whether compared with other chains or independent operators

The average unit volume of the full-service chains in this year’s Top 10 list ranged from $8 million to nearly $15 million—impressive by any standard, but particularly noteworthy when viewed alongside other high performers in the industry. Even Applebee’s, the full-service chain that outperforms all others based on its total annual revenues, has an AUV of about $2.5 million. In fact—of the chains that Technomic ranks in its top 50 list based on systemwide sales in 2014—the majority have an AUV that ranges from $2–$4 million. For our Top 10 list by AUV, FSR examined all full-service chains with 10 or more units, but excluded chains with resort and retail components.

In 2014, Del Frisco’s Double Eagle Steak House had total revenues that topped $150 million with each unit reaching nearly $15 million in sales, which is partly explained by an average check of $110. The brand credits its chef-driven cuisine and unparalleled hospitality for setting it apart from the competition. Home of USDA Prime-grade, wet-aged steaks that are hand cut at the time of ordering, the Double Eagle Steak House features a swarming-service model, meaning diners are served by multiple waitstaff simultaneously. In 2014, systemwide sales increased by 4.5 percent, and two of the Double Eagle Steak House locations were included in OpenTable’s 2014 Diner’s Choice Awards. With 11 steak houses now open, the brand plans to add one more store to its lineup this year.

Mastro’s Restaurants operates a chain of sophisticated fine-dining steakhouses and seafood concepts in affluent areas within major markets. The company added one new unit in 2014, bringing the chain to 13 stores. This year, Mastro’s Steakhouse opened in Washington, D.C., following the model established at its operations in Chicago, New York City, Las Vegas, and multiple locations in Arizona and California. Each follows the format defined by the original Mastro’s, which opened in 1999 in Scottsdale, Arizona. Mastro’s 2014 sales of nearly $167 million were an 8.3 percent increase over the previous year. In 2013, Mastro’s was acquired by Landry’s hospitality group, which owns more than 450 restaurant, hotel, and casino properties in the U.S. The brand’s next location is slated to open in 2017 in Houston.

The Cheesecake Factory opened 10 stores in 2014, keeping the 177-unit chain on track to ultimately reach its goal of 300 company-owned stores. In addition to growing its footprint, the chain continues to accelerate its average unit sales, which have increased by $400,000 since 2012 and rose to $10.5 million per unit last year. Equally noteworthy is the performance of recently opened units: Restaurants that opened within the past three years are posting sales-per-square-foot that are 10 percent higher than the company average. This year, the company began testing mobile payments, is continuing international expansion with license agreements in Mexico and the Middle East, and expects to open as many as 11 stores in the U.S.

Despite closing three underperforming stores in 2013, Grand Lux Cafe reached 2014 sales of $120 million, only a slight 2.7 percent drop from 2013. The 11-unit company raised prices slightly twice in 2014 and expects to continue increasing prices by 1 to 2 percent annually. Alcohol sales represented about 17 percent of the brand’s 2014 sales. The menu strives for a global presentation and was inspired by Italian trattorias, French bistros, and the grand cafes and pastry shops of Vienna. The company plans to add at least one new Grand Lux Cafe in 2015.

Last year, Smith & Wollensky increased sales by 7.6 percent, bringing total sales to nearly $110 million for the company, which is owned by private equity firm Bunker Hill Capital. The boutique American steakhouse recently closed its Philadelphia location in May, leaving it with nine units in operation, including a casual Wollensky Grill concept in Chicago. However, the company is growing, having expanded overseas with the opening of a new London location in June and is continuing to explore domestic locations, currently focused on the Philadelphia market.

In 2014, Maggiano’s Little Italy turned a corner and began adding units for the first time in five years. The brand opened two new locations—one in Columbia, Maryland, and another in Vernon Hills, Illinois— to round out the year with 49 stores. The new prototypes have smaller footprints, having reduced the size of the kitchen and eliminated banquet space, but the new design includes classic architectural features like high ceilings. The company plans to open four of these new prototypes this year.

This year, the Brinker-owned concept has also expanded its menu with lighter, health-conscious options that promise the same taste and portion sizes of traditional Italian dishes like Chicken Parmesan but with a third of the calories. 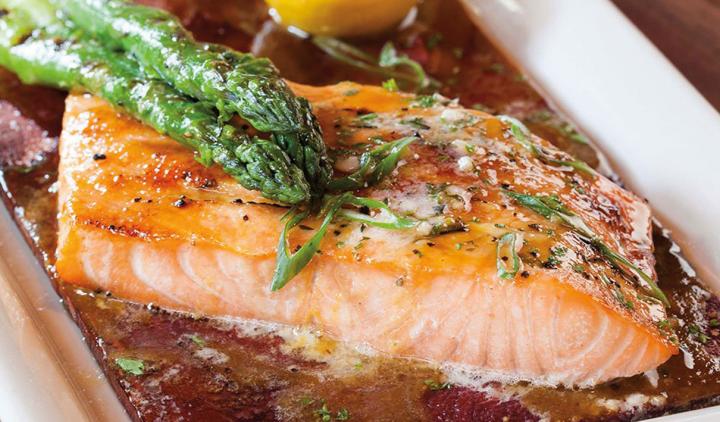 Pappadeaux Seafood opened two new units in 2014—one in Houston and one in Birmingham, Alabama—bringing the seafood chain to 35 units by the end of the year. This organic growth helped to fuel a 4.1 percent year-over-year increase in systemwide sales, which totaled $297.8 million. Pappadeaux Seafood falls in the portfolio of Pappas Restaurants, a Houston-based, family-owned operator of more than 100 restaurants. Pappas is known for its business model of vertical integration, meaning the company owns and operates virtually every aspect of services needed to support its restaurants. For instance, Pappas owns and drives the trucks that deliver meats and seafood to restaurants, it employees electricians who keep the lights on, and it even has employees who make the chairs in its restaurants. In 2015, Pappas Restaurants does not plan to open any additional Pappadeaux Seafood units, preferring instead to focus on other concepts, including a steakhouse in downtown Houston. However, looking ahead, there are plans to add Pappadeaux Seafood locations in 2016.

Founder and CEO Tim McEnery says, “There’s nothing cookie cutter about what we’re doing at Cooper’s Hawk. Whether it’s the menu, the wine program, the design—everything is built for approachability.” Certainly the 19 units that are open have resonated with consumers, as has the signature wine club, which has 130,000 members who pay a monthly fee, $18.99, to receive exclusive Cooper’s Hawk wine. Members may opt for the wine to be mailed to them or to pick it up in the restaurant.

In 2015, the brand has accelerated its AUV to $10 million, and McEnery is not willing to open a unit unless he believes it will hit that magic $10 million AUV—but it doesn’t have to do so instantly.

“At Cooper’s Hawk, we have a reverse honeymoon,” he explains. “The first year we open will always be the lowest sales volume, and then it grows exponentially over time.”

Sales increased 15 percent at Yard House in 2014, reaching more than $425 million, thanks in part to the addition of nine stores, which brought the portfolio to 56 units by year-end. The upscale-casual concept, aimed at attracting both food and beer enthusiasts, has more than 130 draft beers on tap. Last year, the brand expanded and enhanced its beer program in response to growing demand for wheat, fruit, and gluten-sensitive beer selections. Acquired by Darden in 2012, Yard House has continued to post positive growth numbers in 2015, and the March quarterly report showed a 5.4 percent increase in comparable same-restaurant sales.

The Brazilian steakhouse delivers a unique dining experience by using the centuries-old cooking technique churrasco and a Portugese continuous-service model. At the end of 2014, Fogo de Chao had 26 locations in the U.S. and 10 in Brazil. Global sales totaled $262 million and the average unit volume held strong at roughly $8 million. In 2015, the company opened its first joint-venture unit in Mexico City and launched an initial public offering in June. Fogo de Chao management believes the brand has the potential to add 100 new U.S. sites, in both large and mid-size markets. The company has also begun a campaign to remodel and update its older properties.